For those, who is producing lots of flags on 2 sticks this article won't be very useful, but for those, who is going to draw something for the first time this information should be interesting....

Not many people in Europe know about ultras in Asia, many dont even know they exist! Its very hard to get any info from this part of the world, but www.ultras-tifo.net managed to get some info for you.

To keep this website active the next days we need help from you!

Five Manchester United fans were stabbed ahead of the club's European Champions tie against Roma.

During the half-time of the Crvena Zvezda v Hajduk Kula match an incident occured between the undercover officer, who was in charge of indentifying ultras lightning flares, and the Delije members. 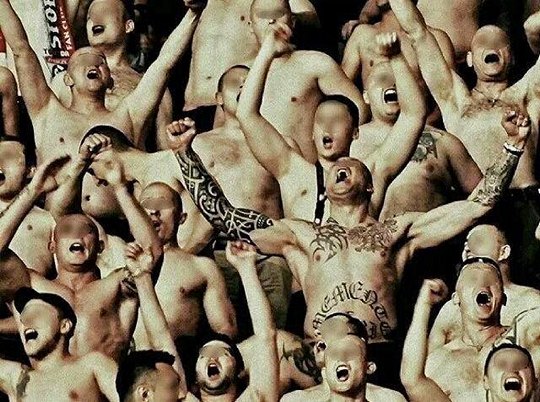 An Ultras has no name, only good friends know him. An Ultras has no face, most of the time a hood is covering his head, a scarf covering his mouth. An Ultras doesn't dress like others and doesn't follow trends and like the latest. When he walks the streets even though he has no supporter logos he is recognizable. An Ultras attacks if attacked, and helps when needed, they don't stop being ultras as soon as they take their scarf off and return home, they battle 7 days a week.

An experienced Ultras leads an example to the youth, the youth have respect for the older Ultra. The young ultras are proud while standing next to someone more experienced, they learn from the critics of the older Ultras, they go red when given a handshake from them. When normal people look at an ultra they don't understand him, but he doesn't want to be understood, or explain what he is about. Every ultra is different: there are those who wear supporter logos or club colors and those who have never had those things in their life. There are those who travel only with their group and those who are individuals and are their own group.

Ultras are different, but what unites them is their love for their club, their persistence to stay 90 minutes on their feet during the rain or cold, they are united by the warmth from chanting at full voice, united while sleeping in a half-drunk state on a train that is taking them from an away game, united by the convoy through the center of the away teams city, united by one sandwich which is shared amongst four of them after many hours of hunger, united by one shared cigarette, united by one look, by one ideal, by a one and only mentality.

All the things which unite us together, at the same time distance us from the rest of the world: from worried parents, from stupefied cousins, from scared school peers or co-workers, and from non-tolerating teachers or boss. Ultras is not vandalism or violence without reason, it is a persistant defence of a way of life, that has now fell in crisis because of social problems, because of stupid televisions, because of discos which attract more and more youth but most of all because of UN-JUSTIFIABLE REPRESSION. (by police and federations)

Being an ultra is all this and alot more, emotions and passion which you cant explain in words to people who dont wish to understand, and who would rather simply turn their heads and continue living behind glass, people who would never have balls to break that peice of glass and enter our world! 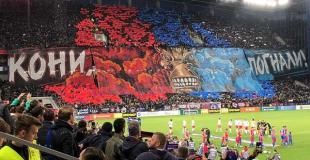 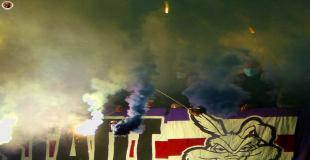