There is nothing quite like the feeling of watching your own football team succeed while your bitter rivals fail. Having a fierce rivalry can drive standards up in teams, as they try to emulate and even surpass the achievements of their nearest competition. English football is a veritable hotbed of football rivalries, as towns and cities across the country lock horns on and off the field, season in, season out.

Some of these rivalries have been watered down in the last 18 months, with supporters absent from the terraces. Former Sheffield Wednesday and Swansea boss Carlos Carvalhal, who now coaches Braga in his homeland of Portugal, recently said that the presence of supporters in the stands can influence player mentality by 20%. With stadia expected to be back to full capacities for the commencement of the 2021/22 English season, let’s take a look at five of the most intense and historic football rivalries the country has seen.

Although the Manchester derby between United and City has grown in importance in recent times due to the resurgence of City, United’s rivalry with north-west rivals Liverpool has always been more intense. The pair are two of England’s biggest football brands and have both enjoyed periods of domestic dominance in the English game, resulting in a rivalry as fierce as Glasgow’s Old Firm derby. Liverpool’s era was in the 1970s and 80s, while United under Sir Alex Ferguson were an unstoppable force in the 1990s and early 2000s. With 207 competitive meetings in total, United have the edge with 81 wins to Liverpool’s 68.

The North London derby is arguably the biggest London derby of them all, although the Dockers derby between East End sides West Ham and Millwall runs it close. This fierce rivalry between the Gunners and Spurs dates back to the early 20th century, when Arsenal moved into their Highbury home. Tottenham fans did not take kindly to the Gunners attempting to steal their thunder as North London’s number-one club. Arsenal won the top-flight in 1971 with a historic win at Tottenham’s old White Hart Lane ground. Spurs returned the favour in 1991 with a 3-1 win to reach the FA Cup final, which they eventually won.

The Black Country derby features the two biggest teams in this corner of the West Midlands. West Brom and Wolverhampton are just 11 miles apart and there is little between them on the field too. Through the years, the Baggies and the Gold and Blacks have yo-yo’d between the top-flight and the second tier. Although Albion have the upper hand with 65 wins compared with Wolves’ 53, Wolves are currently on an upward trend having cemented themselves in the top half of the Premier League. Meanwhile Albion are still rebuilding after their relegation back to the Championship 12 months ago.

There are few football rivalries quite like the one between Ipswich and Norwich. In essence, it’s a county vs county rivalry, where Suffolk meets Norfolk head on. There are no other teams in each county for locals to support. Historically, Ipswich have had the upper hand on the Canaries in decades gone by. Norwich have been forced to sit back and watch Town win the FA Cup, the League title and the UEFA Cup. More recently, Norwich have assumed supremacy, with their multiple promotions to the Premier League while Town currently languish in League One. Both clubs have sizeable fan bases, with most Suffolk residents following Ipswich and many Norfolk citizens devout Canaries.

The Tyne-Wear derby is undoubtedly the biggest fixture in the north-east of England. Newcastle represent Tyneside while Sunderland represent Wearside. The two clubs have a rivalry dating back decades. The tensions have very often spoiled over off the field, with the fans clashing outside the stadium on numerous occasions in the early 2000s. In the 2013/14 campaign, both clubs opted to prohibit away fans from travelling to their respective derbies following violent clashes. Both sets of supporters live for their football, so it’s easy to see why their meetings are such a passionate affair. 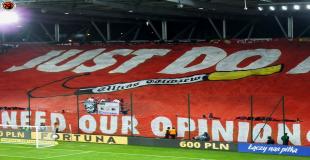 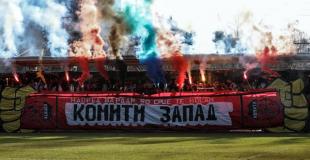