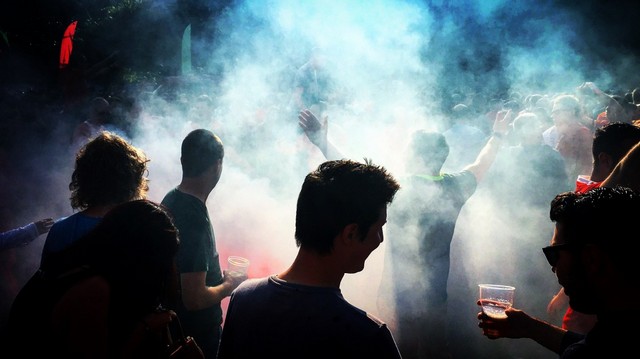 Intense rivalries are what makes the game so special

There are hundreds of books, magazine pieces and online articles dedicated to some of the most famous rivalries in football: Manchester United and Liverpool, Rangers and Celtic, Barcelona and Real Madrid. The thing is, every football fan loves their club with the exact same passion as every other fan. With that comes the opposite emotion – equally as strong – aimed at their biggest rival or rivals. Here are four other football rivalries that may have escaped your notice, but that to the supporters involved, are every bit as important as those mentioned.

The fight to see who is the ‘Pride of Anglia’ is one that existed way before football. Derbies are most often fought between teams of the same city, a metropolis split between red and blue. The East Anglian Derby however has its rivalry drawn from the fact that the two clubs are from neighbouring counties. Ipswich are from Suffolk, Norwich from Norfolk, and both clubs are the sole league representatives from their respective counties. Traditionally Ipswich, who were considered by many to be the finest club side in Europe in the early 1980s, have had the better of things, but of late Norwich have put together an unbeaten run between the two sides. Out of the 103 meetings, Norwich have won 41, Ipswich 40, with 22 ending in a draw.

Often described as The Norwegian El Clásico, this is the Oslo-Akershus derby. This is very much a rivalry built on the two clubs’ close proximity, with Vålerenga the biggest and in fact only club currently playing in Oslo itself. Lillestrøm - known by football fans outside of Norway for their European exploits at the end of the last century - is less than a 30 minute drive from Oslo. Many Lillestrøm fans work and even live in Oslo which means there is no escape if the result doesn’t go your way. When you think of Norway, football may not be the first thing you think of about, but the sport and their supporters are the same as everywhere else in Europe, with football websites, forums, dedicated bookies like https://no.unibet.com/ and intense rivalries all present in Scandinavia.

The rivalry between these two German sides has very little to do with geography and everything to do with politics. Hansa Rostock, who currently ply their trade in the third tier of the German footballing pyramid, hail from former East Germany, and the area has not enjoyed the prosperity that much of the rest of Germany has. As a result the town and the club in particular have attracted many right wing supporters.

The opposite is true of Bundesliga 2 side, St Pauli. Located in Hamburg, the club has gained attention for its progressive politics, a stance that unsurprisingly does not sit well with the followers of Hansa Rostock, and has led to matches between these two teams being some of the most heavily policed anywhere in the world.

The United States has been dipping its toe into the footballing waters for a while now, and if they are ever going to fully get to grips with the game and its ethos, then they need to embrace the concept of bitter rivalries. The closest they have is The Cascadia Derby. The rivalry between the two cities stems from the gold rush, which meant Seattle prospered while Portland stagnated. Both cities have since gone on two very different paths, economically, socially and politically – everything you need for a feisty football derby.