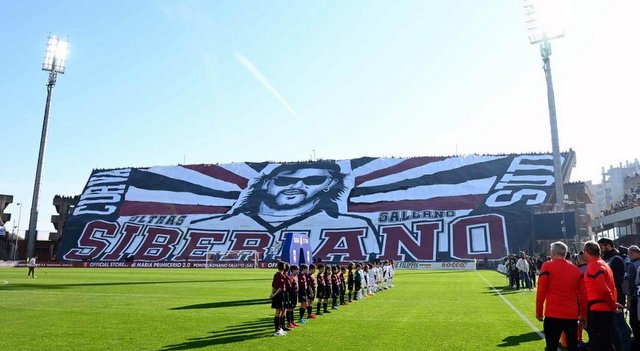 Rinaldi died after heart attack 12th of April 2010. He is remembered for being an fantastic capo, as well as a man who loved his colours, his people and city. 2000 people gathered for his funeral back in 2010 and ever since then we have seen flags and banners with paintings of "Il Soberiano". 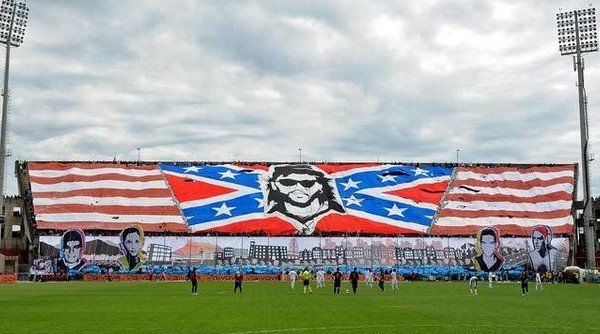 In April 2013 supporters of Salerno displayed this choreography with paintings of Rinaldi and four ultras (Ciro Alfieri, Giuseppe Diodato,Vincenzo Lioi, Simone Vitale) who died in a train incident back in May 1999. 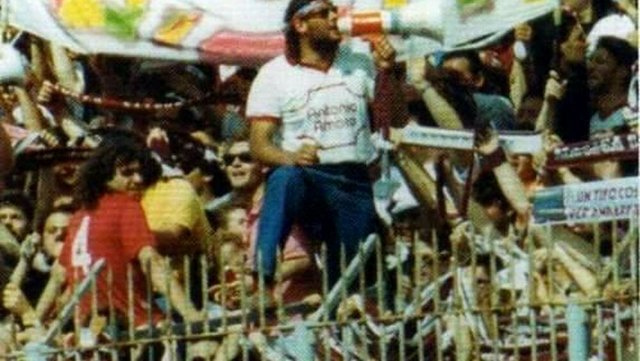 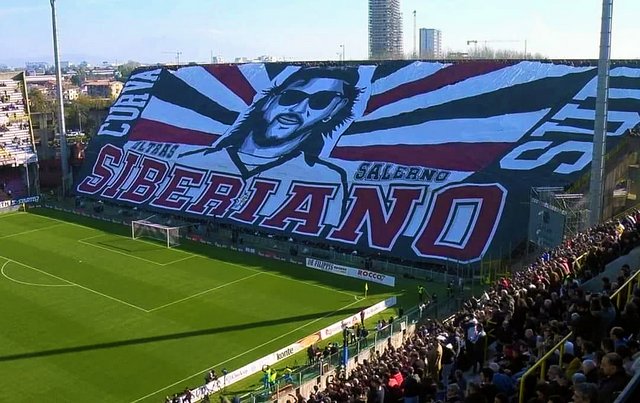 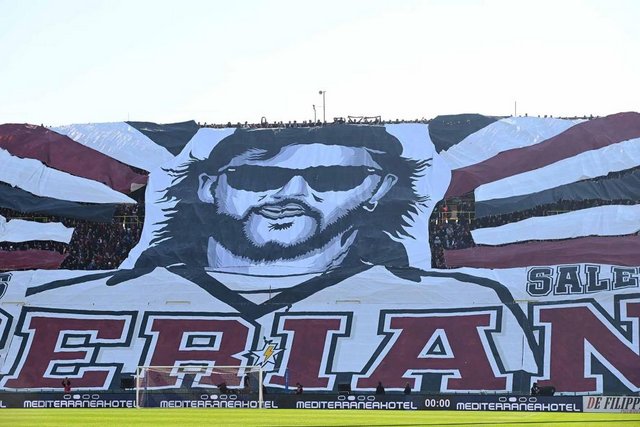 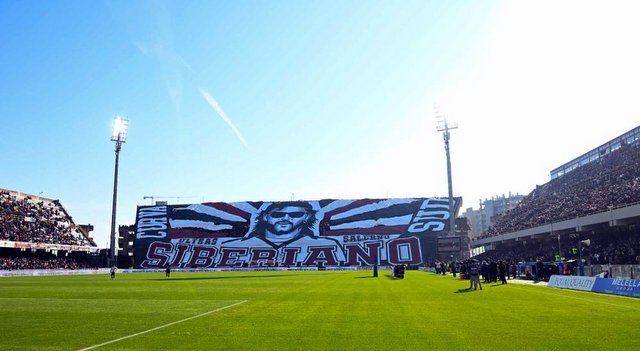 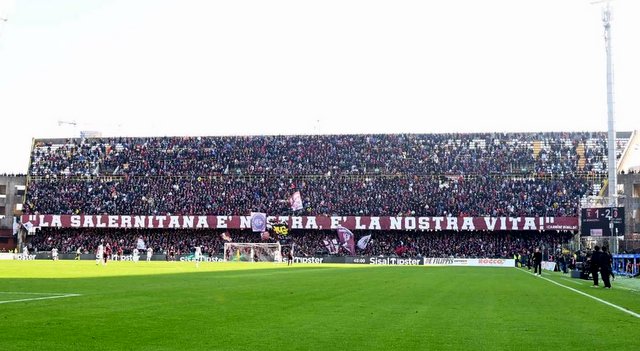 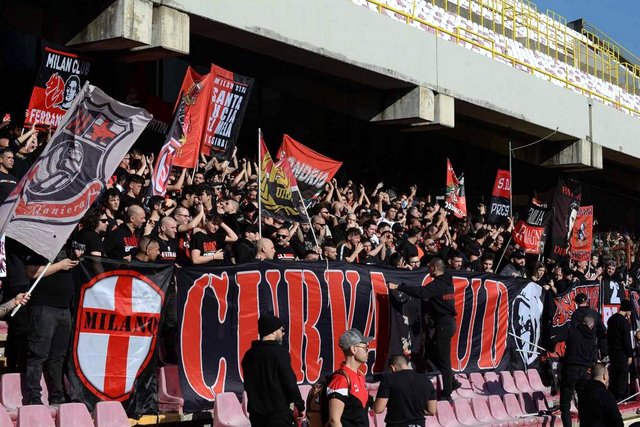 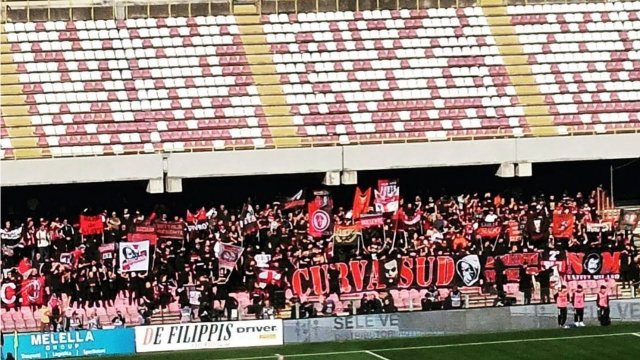