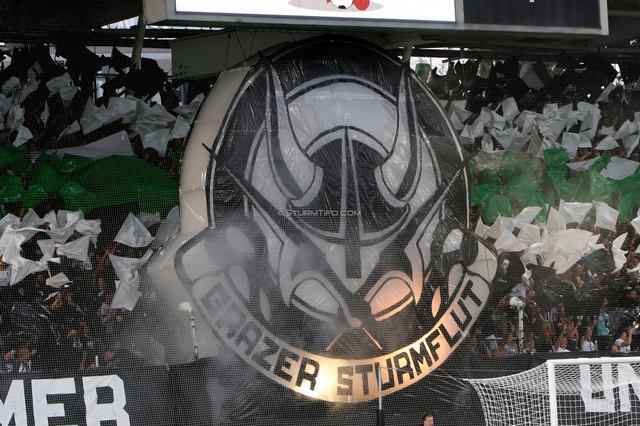 "Grazer Sturmflut", Sturm Graz group founded in 1996, showed a spectacular choreography on Saturday. According to the stadium announcer it was initially planned as celebration of 25 years of the group, but postponed because of the Corona situation last year.

In the center of the stands there was a huge element made of plastics, it was all black at the beginning. With start of the choreography, white smoke filled the element and the emblem of Grazer Sturmflut was visible. Also, stroboscope flares were used to lighten the emblem even more. In the background, flags were used to show the typical colour pattern of Sturm Graz Ultras (black, white, green, white, black).

The banner said "Wir sind eine Armee der Träumer, und deshalb sind wir unbesiegbar" (~ "we are an army of dreamers, and that's why we are undefeatable").

Away fans from Linz (220 km) started with minute 19:08, they protested because their team did not wear black/white (club colours) but pink. 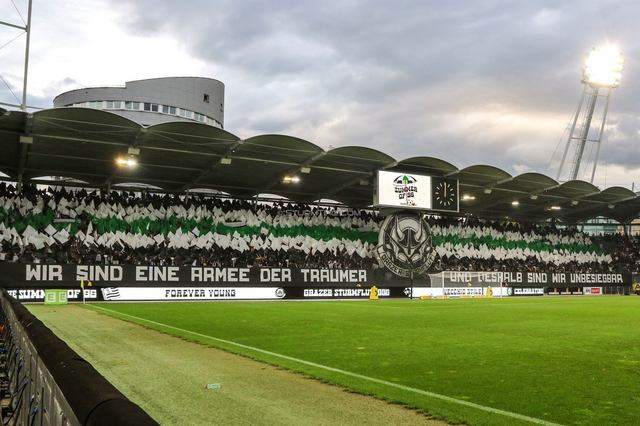 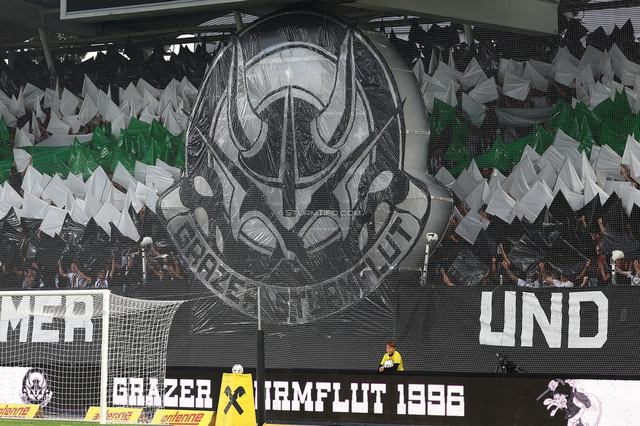 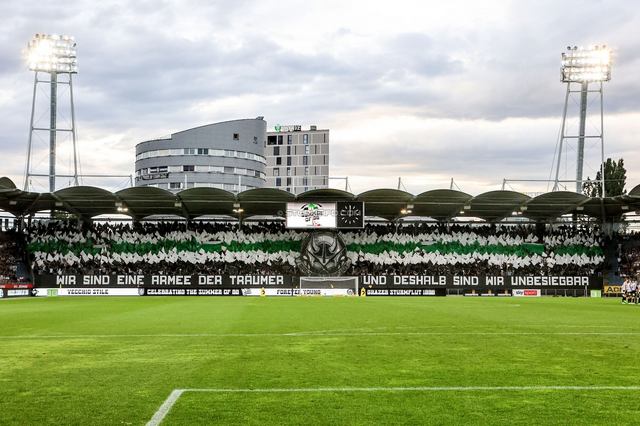 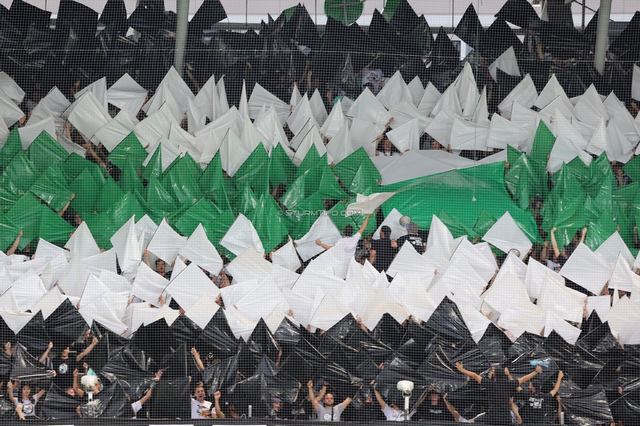 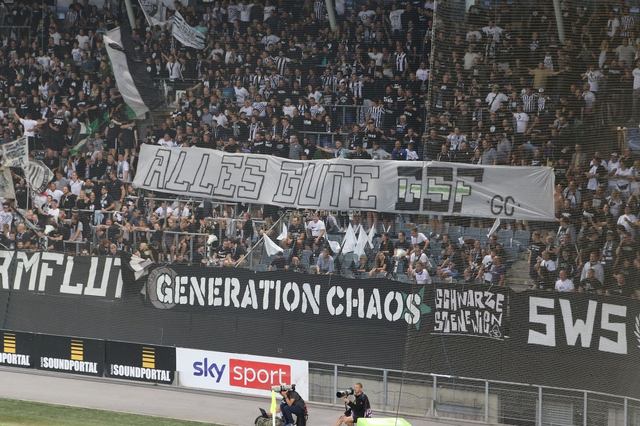 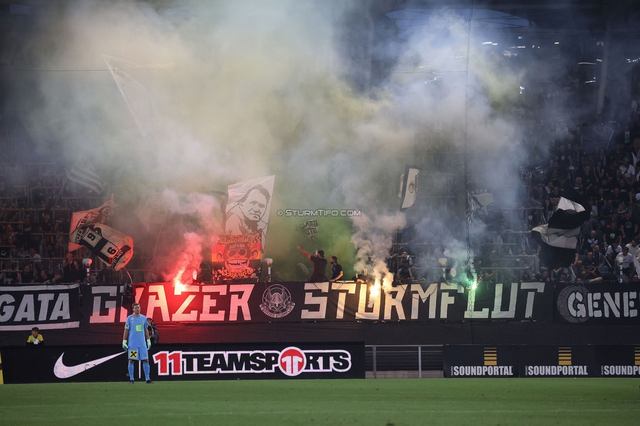 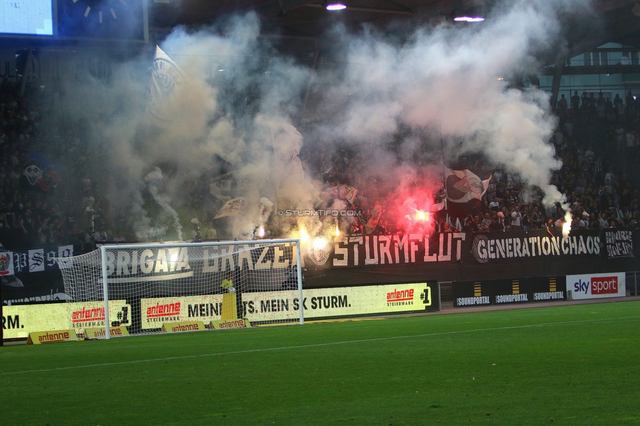 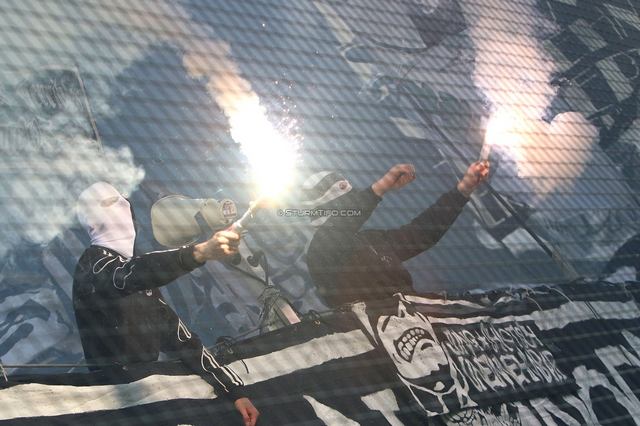 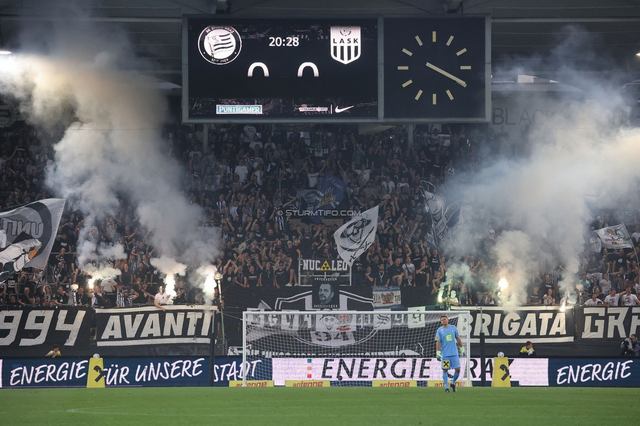 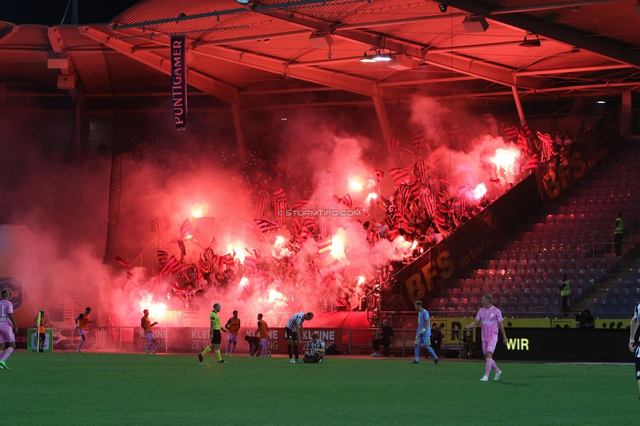 More photos can be found on SturmTifo.com 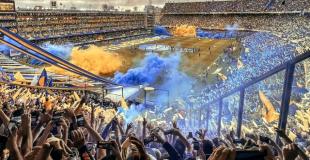 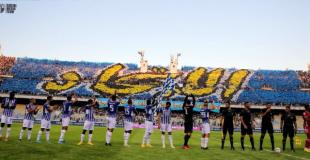 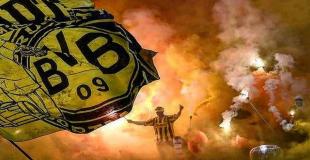