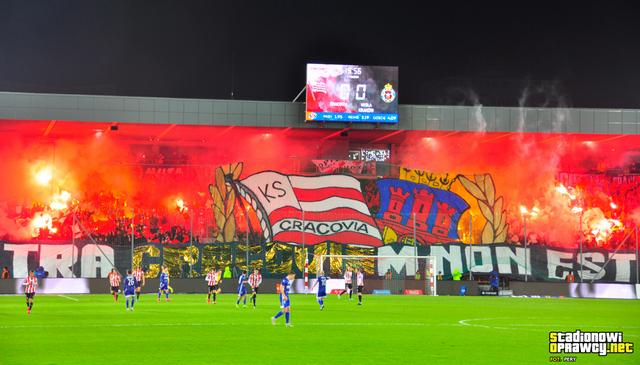 Due to big troubles on last derby (Cracovia fans shoot fireworks to away sector) visepresident of club said that only 450 guests can enter stadium, but first they have to pay 10.000 € deposit. Wisla fans answered that they will pay nothing and they are not comming. After this Cracovia fans said that they will pay this deposit, just that Wisla fans can come. But Wisla answered again that they want 750 tickets or they are not comming. So there was no away fans... Home fans claims that they were shame to come, due to so many top boys dishonour in last time...

Home fans with choreo "Extra Cracoviam non est vita" ("Exept Cracovia there's no life") and flares. Later was shown big banner "Konfidenckie (pol. "informers") domino" - 17 dominoes with nicknames of famous "Sharks" (starting from their leader) who cooperate with police and become "small crown witness" to get smaller sentences, due to 60th section of the penal code. Also that is why on fence there was second banner stylized on the "Wisla Sharks" flag - "Wylegarnia Sześćdziesiątek" (pol. "Hatchery of 60's") with shark in crown and previous Wisla logo from comunist times, when they were police club. 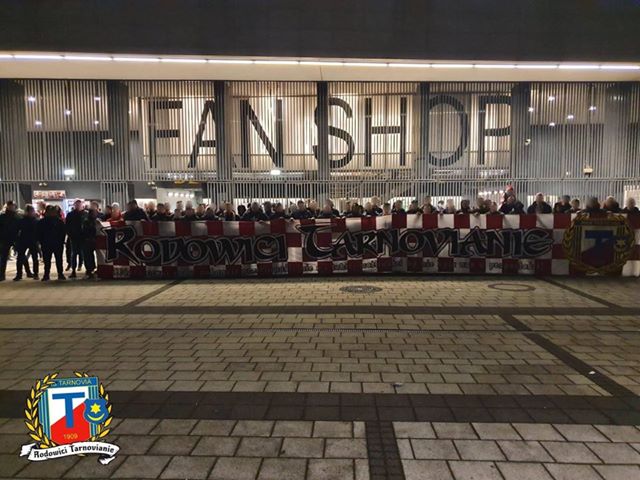 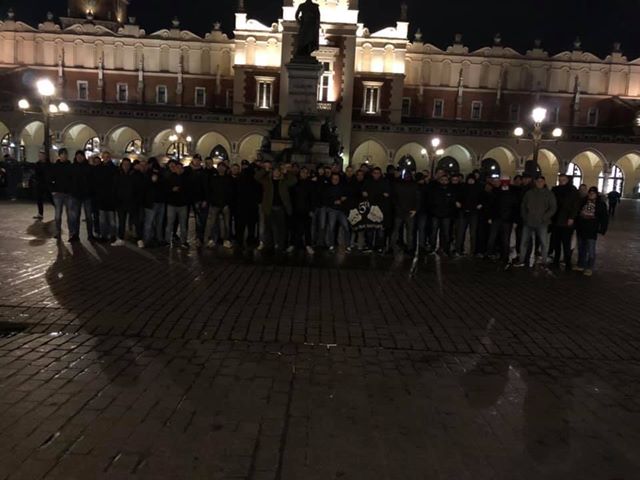 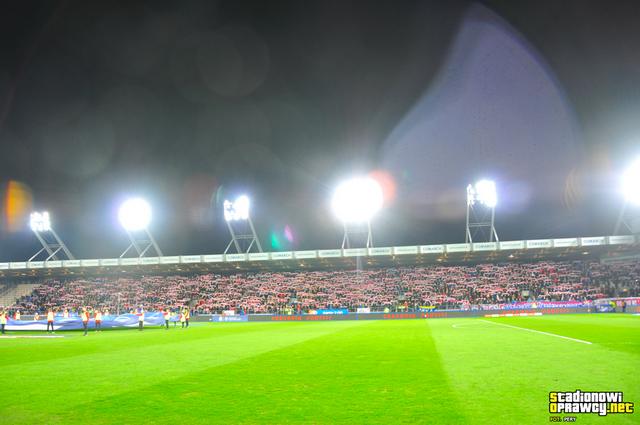 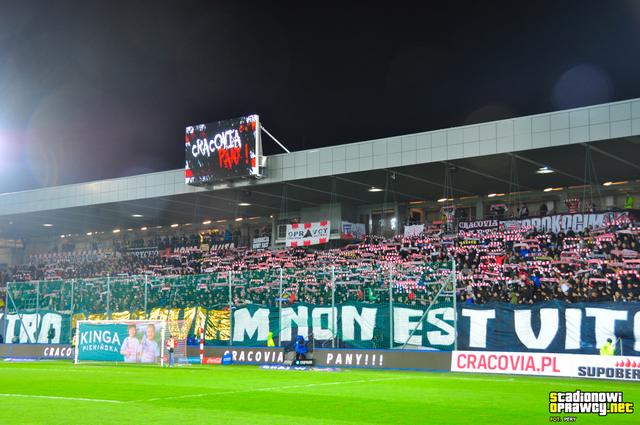 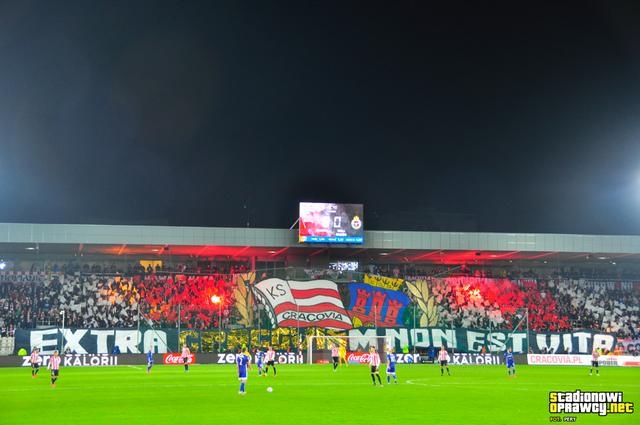 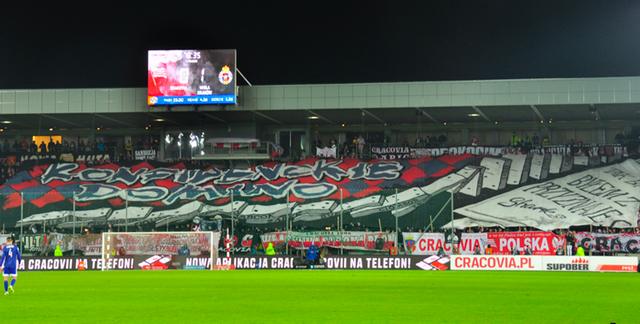 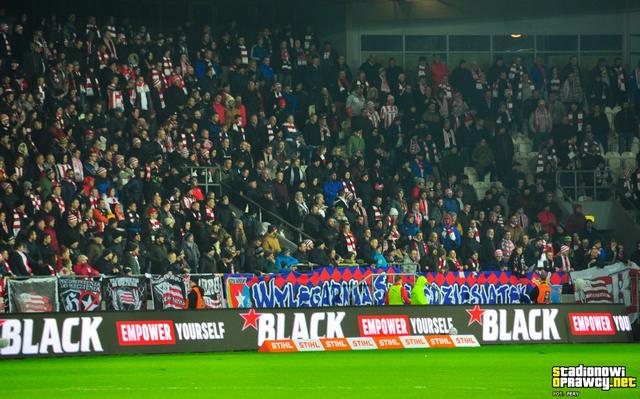