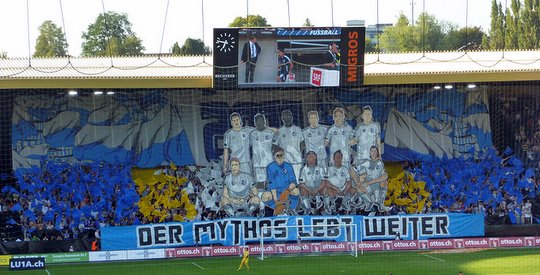 Supporters of Luzern celebrated their club with several nice chores. Basel supporters did their job in the away section and showed a stolen banner from Luzern. Later they burned it. If anyone have more info about who's banner it was and how they lost it, then please inform us. 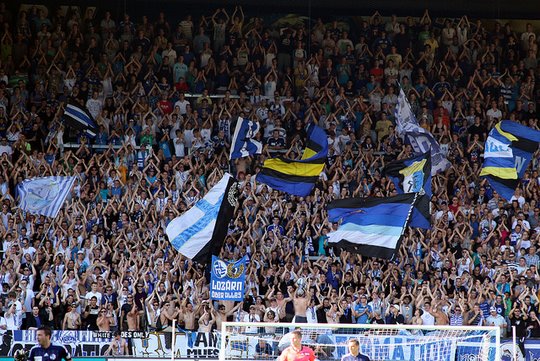 Ultras of Grasshoppers also made a nice show at their away match against Servette! More photos from Switzerland August 2011 in this topic!