Match suspended because of banner against chairman of Greek Football Federation.

Match suspended because of banner against chairman of Greek Football Federation. 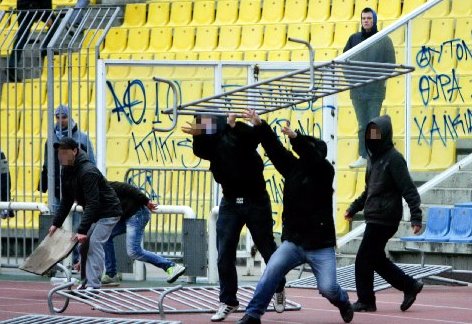 Football match with Iraklis vs Ethnikos Agionerio in 4th division of Greece got suspended when supporters hang up a long banner "Pilavie cancer to your kids" ((Pilavios is the chairman of Greek Football Federation).

Referee asked to remove the banner, but fans of Iraklis denied it. Police then entered stadium while the referee ran to the locker room. 1 fan arrested during the fight against cops.

On 4 May 2011 Iraklis were relegated back to Football League (Greece) after failing to obtain a license to participate in 2011-12 Superleague. On 19 May 2011, the Disciplinary Committee of the competition found Iraklis guilty of forgery during the winter transfer window. Therefore the club was automatically placed in the last position. That is a unique case as Iraklis have never finished in a relegation spot but have been relegated twice. On 26 September, however, the Professional Sports Committee stripped Iraklis from its professional license and demoted them to the Delta Ethniki. 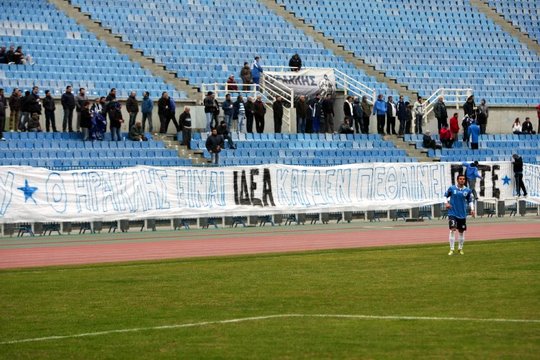 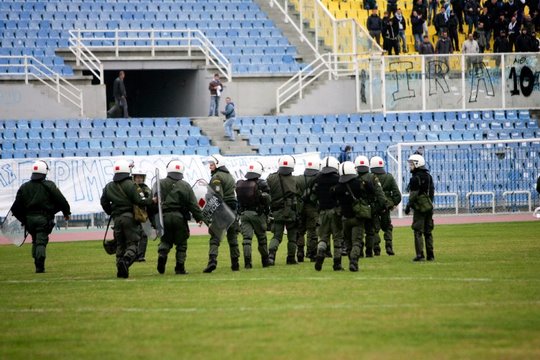 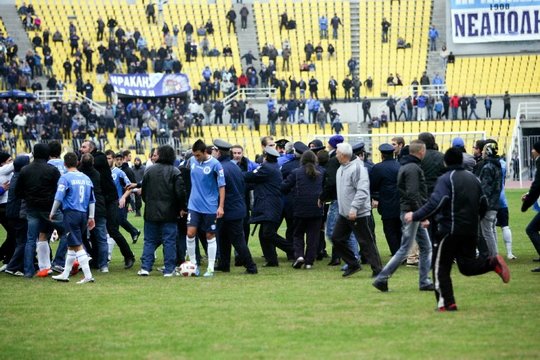 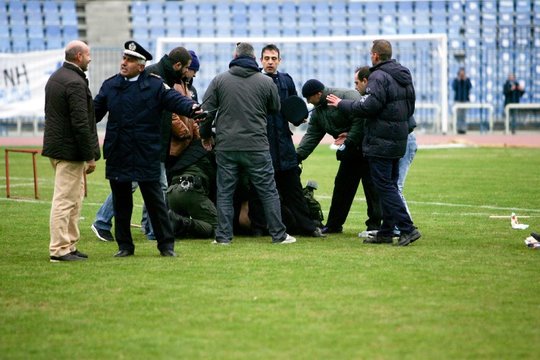 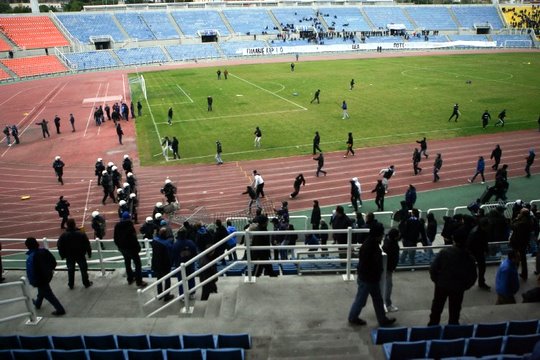 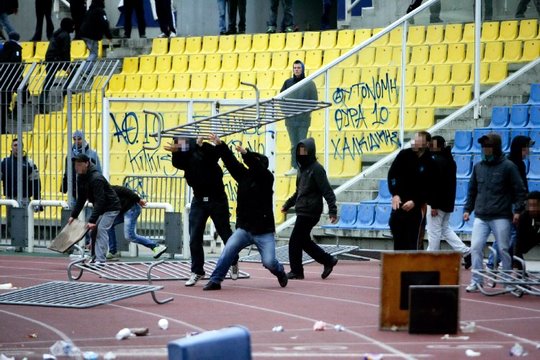 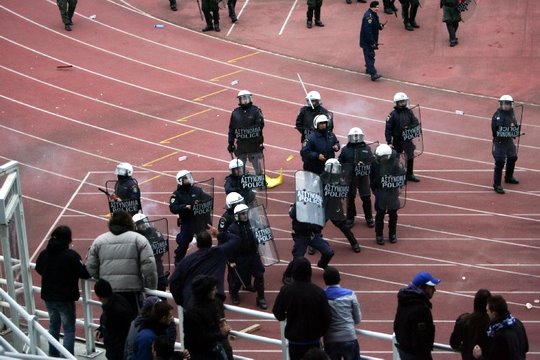