Pavlos, one of the guys behind the campaign for "Safe standing in UK" tell us a bit about this project.

In Britain fans are currently calling for the introduction of safe-standing areas as seen in Germany. The rise of the all-seater stadium in the UK has seen a death of famous British terraces and a rise in ticket price and poor atmospheres. Currently politicians are discussing a bill which would allow the safe standing model in the UK, but this law will still take years to pass.

Currently fans are seeing their away allocations cut as punishment for standing, and when a small minority of fans are stood they are often targeted by police and stewards, resulting in people being needlessly thrown out.

We produced this documentary interviewing a council worker who is responsible for cutting away seat allocations of Manchester United fans, simply because they have a reputation for persistent standing. We also have the politician who wrote the bill to introduce safe standing, as well as a Police officer and a football supporter’s federation representative.

Fans in the UK are slowly waking up to just how bad the state of our game is, people are sick of paying stupid money to watch football is sterile atmospheres, and the general consensus is that change is needed. Hope you enjoy the video.

A documentary highlighting the issues of standing in English Football grounds.

You can read more at: http://www.fsf.org.uk/ 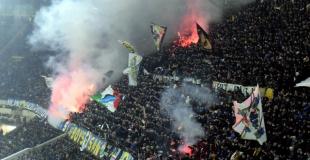 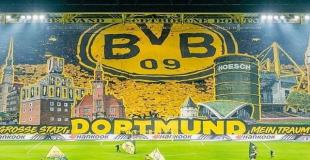