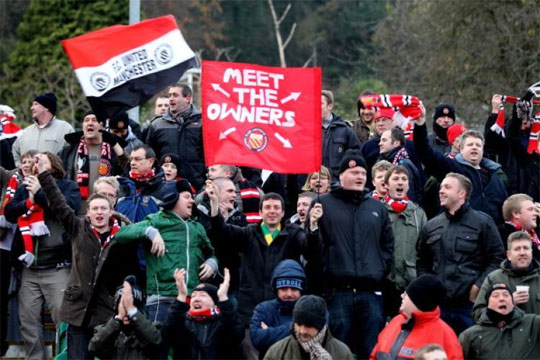 "The club set up in protest to Malcolm Glazer's takeover of Manchester United" is a statement often used to describe FC United. But while there is no doubt that FC would not have happened without the American invasion, it was the catalyst, the final straw, but not the sole reason.

The material theft of a Manchester institution, forcibly taken from the people of Manchester, was the tip of a pyramid of destruction, with changing kick off times for the benefit of television, soulless all-seater stadium full of 'new' supporters intent to sit back and watch rather than partake in the occasion, heavy handed stewarding and ridiculously priced tickets propping it all up.

By May 2005 some supporters had had enough. The failure to prevent Glazer and repeat the successful repulsion of Rupert Murdoch in 1998 resurrected a 'last resort' idea from that previous campaign and the FC United wheels were put in motion. A group of individuals determined to continue the fight formed a steering committee and FC United of Manchester was delivered. 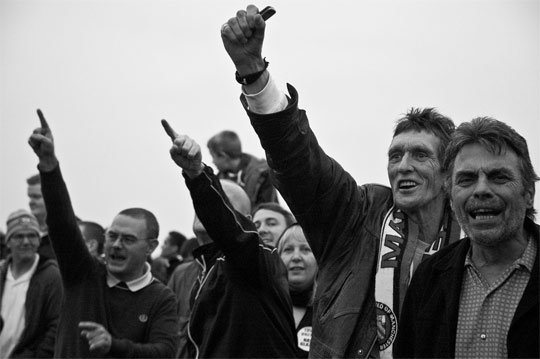 Critics of the idea argued that if supporters were disgruntled with the Premiership then why didn't they go and support other local cash-strapped clubs instead of setting up their own? But that wouldn't have been theirs would it? It wouldn't have been United and it wouldn't have been right to takeover another club after they had just been taken over themselves. Nor could they drift off in various directions and be lost to each other and maybe football forever. They wanted to maintain the momentum of the protest, to stick together, to sing United songs, to reminisce and bring back the good bits of the good old days. They wanted Our Club, Our Rules and they got just that, a member owned democratic, not-for-profit organisation created by Manchester United fans. A club accessible to all of the Greater Manchester community, dedicated to encouraging participation of youth whether it be playing or supporting and to providing affordable football for all.

"We're having a party when Glazer dies"