AEK have a great rivalry with Panathinaikos, not only because they are in the same city, but AEK have their headquarters next to Panathinaiko's old stadium.  Been in their neighborhood since 1982.

AEK won at away 2-0 and lost at this home match 2-3 , scoring their second goal in the 97 minute! Now AEK will meet PAOK in the semi final.

Supporters of AEK made two nice pyroshows at the entrance and a big riot before the match and after the winnig goal.
In the second half they were loosing, so about 4000 AEK supporters went down in the curve to invade the stadium.

As usual: No away supporters allowed at Greek derby. 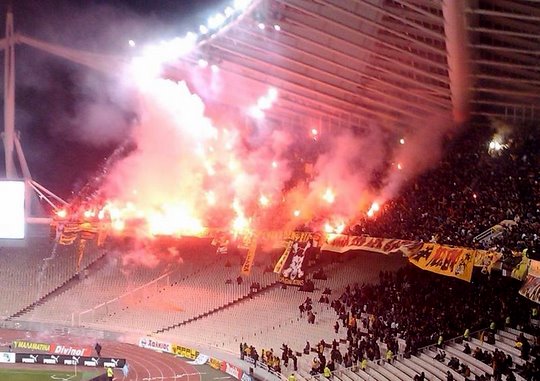 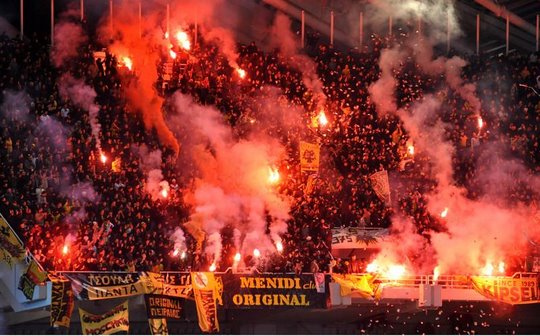 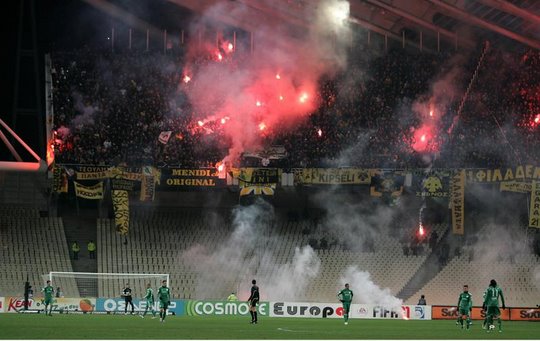 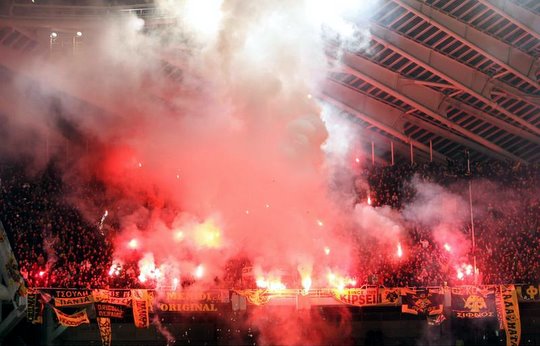 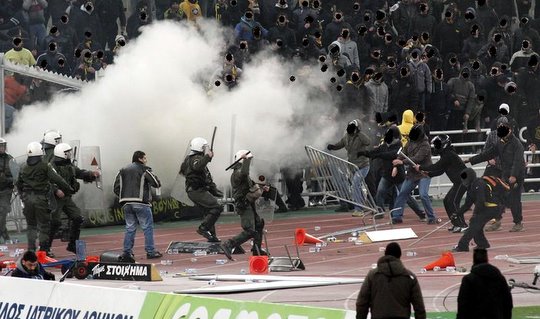 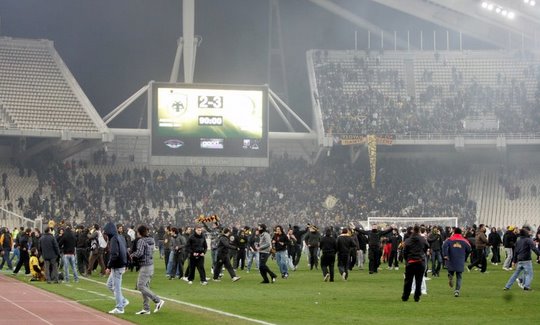 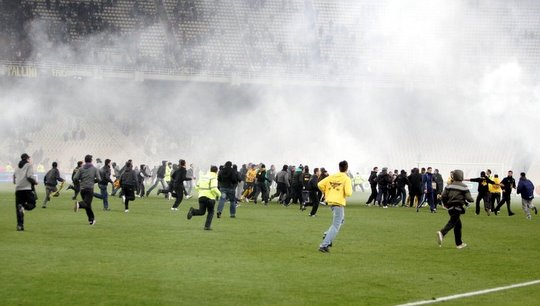 Thanks to PA-NTOU for this report!