All you need to know about the stadium and city Rio de Janeiro!

All you need to know about the stadium and city Rio de Janeiro! 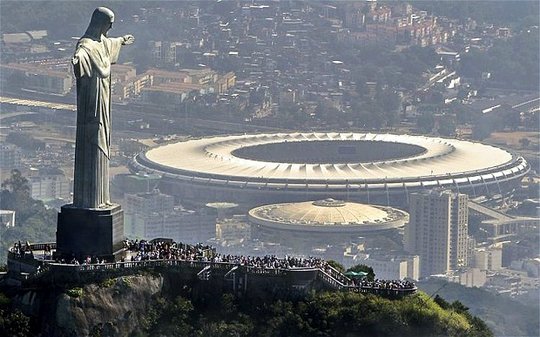 During the next couple of days we will introduce all the WC stadiums. All the information is written by our friends from Brazil.

We are aware of the situation of the poor people in Brazil, how they are threatened due to the WC and the way FIFA modernize all the WC stadiums. But for those who travel, here is short guide:

Owner: A group of businessmen.

The Maracanã Stadium used to be the temple of the Brazilian football. Legends like Garrincha and Zico was "born and raised" in his field, and a lot of other genius, like Pelé and Socrates had unforgettable moments. Now, the stadium is more a place to the goalkeepers: Jefferson, from Botafogo and Diego Cavalieri, from Fluminense, are prospective the goalkeepers of the Brazilian national squad. And Martin Silva, from Vasco da Gama, is the goalkeeper of Uruguayan team. Fred, from Fluminense, is a Brazilian hope to score goals.

The stadium was built in 1950 for the World Cup of Brazil. The Stadium was completed just one week before the first match of the competition, Brazil vs Mexico, to a crazy crowd, more than 80 thousand people attended that match!

The stadium was not completed, but the atmosphere was amazing!

In the final, one of the saddest moments of Brazilian football when almost 200 000 people saw Uruguay win 2-1 against Brazil.

The changes: what to expect?

The first closure was in 1999 when the cheaper sector (where even homeless people watched their beloved teams) was destroyed and the stadium received plastic seats. Opened again in 2006 and the stadium resisted until 2010, when the reform to this World Cup destroyed all the architecture of Maracanã. How the fans says in Rio, "Who lived, lived". Now, the sound echo is better, but without two levels (just one, divided by glass) and concrete or even small plastic chairs.

Now you have this kind of seats:

You will probably have problems with the stewards as well if you put your feet over the seat in front of you or stand up for a longer period. At least that's what Brazilian fans experienced on their latest matches.

Drinks in the stadiums will be overpriced. Best is to drink in other areas before the match. Prices in pubs also increase a lot, for cheaper beers, go to the market.

It is possible it will be prohibited to sell alcohol in stadium areas few hours before kick-off.

The two best ways to go to Maracanã Stadium is: Subway and commuter rail.

The tickets to the subway is R$3,50, and the train ticket is R$2,90. You have options to buy special passes, where you buy a card and put a lot of money to pass in the stations. It's a good option to the subway, but not to trains (talking about tourists).

The subway is the best option for anything, the stadium and the most prominent touristic places.

The Football in Rio

Rio de Janeiro is like London (England) or Buenos Aires (Argentina) in the number of clubs, but not in the strength. There is 6 big teams (Botafogo, América, Bangu, Vasco , Fluminense and Flamengo). There is not a problem to walk with what ever club jersey in other club areas of the city.

Botafogo is the team of the district with the same name. The biggest groups are Fúria Jovem, Loucos Pelo Botafogo, Botachopp, Fogoró and Torcida Jovem do Botafogo. The team is recognized by the "lonely star" and their black and white vertical stripes. The club don't have the biggest number of fans, but certainly have the more crazy (in the sense of mental disease) fans. They can do bizarre things, even criticalness actions. But as Brazilians say, it's just expression of love. 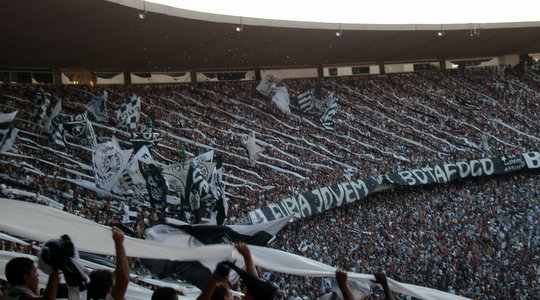 Vasco da Gama, the team of São Januário (inside the São Cristóvão district). The biggest groups are Força Jovem do Vasco, Ira Jovem do Vasco and Guerreiros do Almirante. The team is recognized by the transverse strip black or white, contrasting with the background of the opposite colour, and by the red Cross Pattée. The club have one of the largest fanbases of Rio. They identify themselves with the Portuguese settlement, how their anthem says, the "union Brazil-Portugal". Their main enemy are Famengo.

Good relationship with the Botafogo fans. 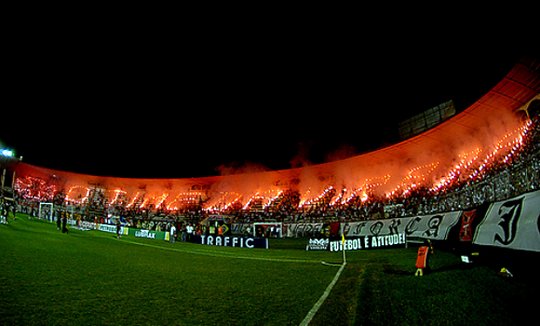 Flamengo, the team of the Gávea district (although the existence of a "Flamengo district"). The biggest groups are Raça Rubro Negra, Torcida Jovem Fla, Torcida Urubuzada and Fla Manguaça. The team is recognized by the red and black horizontal stripes. This club have the biggest fanbase in Rio, you can find Flamengo fans anywhere. In the past identified with the low-classes, now the team have a great number of fans in all the social spheres. 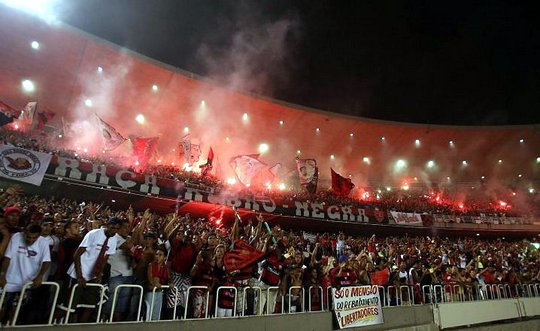 Fluminense, the team of the Laranjeiras district. The biggest groups are Torcida Young Flu, Torcida Força Flu, Bravo 52 and Legião Tricolor. Known by the "tricolor": maroon, green and white. Small number of fans like Botafogo, was a club linked with the aristocracy. Now the fans are from all classes, but the "nobleness" became a mark of their pit. 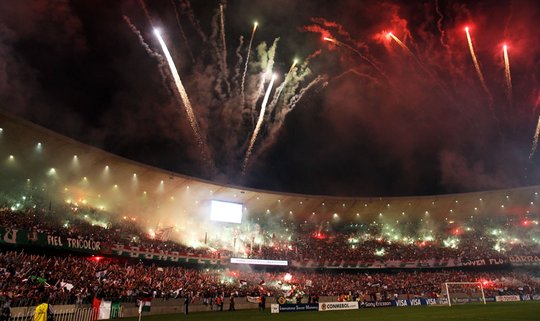 - Copacabana/Ipanema Beaches: Not the best beaches in the city, but famous and free to visit.

What to see? Anything a beach can show to you. Go out with your own food, avoid the hawkers, and try just to not spend so much money.

How to go: Subway, anything between Cardeal Arcoverde and Ipanema/General Osório. You can try the bus too.

- Santa Teresa: Bohemian district, at the Saturdays you can drink and enjoy a good samba. This district have a lot of English speakers. It's a very beautiful place, and you can even listen bossa nova, jazz and a lot of other musical fine tastes.

How to go: Subway or bus to Gloria district, ask about Santa Teresa and anyone will point to you (or try.

- Cinelândia: The historic center of Rio. You can see a lot of old public buildings, like the Municipal Theater, the City Council, and the Odeon Cinema.

Netherlands: Gávea, in the Flamengo's HQ. You can take a bus from the Botafogo's subway station, or a bus in some place of the city.

England: Fortaleza São João, Urca, a military base. Bus from Botafogo or from a few places of the city.

Italy: Mangaratiba, a city in the Rio de Janeiro's State coast. You can go with a rented car or a travel by bus, but probably will spend all the day in that place.

- Rio use to have great weather in this time of the year and the temperature rarely fall below 15ºC.

- For any questions, join our forum and ask in our World Cup zone. Our Brazilian members will help you!