November 2007 Luigi Spaccarotella (police) tried to stop a smaller riot between supporters at a high way. Spaccarotella maintained that it was an unfortunate accident and tragic mistake, and that he was not aiming for Sandri, claiming he fired one shot into the air and another was fired while he was running.

But the result was death of Gabriele, who were sitting in a car.

On the other side, witnesses confirmed that there was no riot whatsoever, just some shouting going on at that parking lot between Laziali and some fans of Juve. If there was a riot, it was one of minimal, minimal proportions. Spaccarotella was an incapable cunt, and shot twice (!) in the direction of people, without any reason (don't forget he was at the other side of the broad highway). Gabriele was sleeping in a car, he was shot in the neck while his friends were sitting next to him. Spaccarotella, later, suddenly said he thought it was a burglary, and that was the reason he fired the shots.

He also lied, throughout the process, that he fired the second shot while running. Though several eye witnesses, and other material, showed (as in: showed - without room for doubt) that he was standing still, stretching his arm, pointing at the car where Gabriele was sitting in.

This started a huge riot all over Italy against the Italian police, followed by massive support for Gabriele, his family and justice. 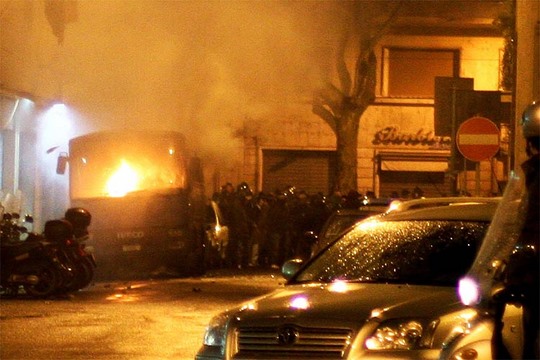 Finally, after more then 3 years, the court has made their decision and sentencing the police murder to 9 years and 4 months in prison.

Gabriele's family and most of the people are happy, overall, with the extra couple of years added to the sentence. It seems a little bit more like justice. The Ultras, especially Gabriele's friends (those of BN and them) are not happy, because there are lads who got more than 10 years for riots in Rome the evening of the murder on Gabriele. You have to know that these people have fought, literally, for justice and against repression, and Spaccarotella hasn't been in prison one day till now. Gabriele's dad has openly thanked the Ultras of Lazio and those all over Italy, for their amazing help and protests.

Photos in memory of Gabriele Sandri: 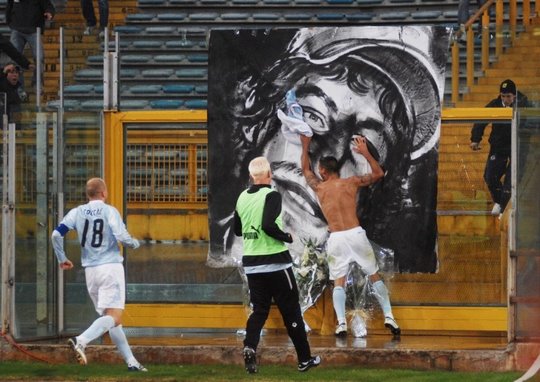 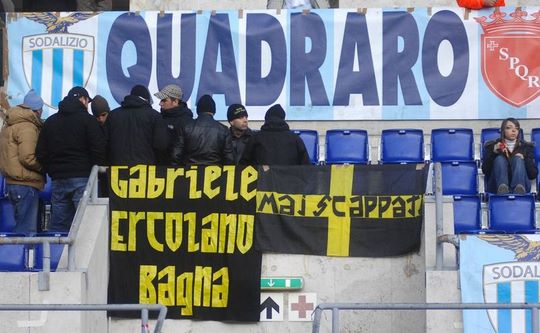 Ultras of Roma and Lazio together to honor Gabriele Sandri 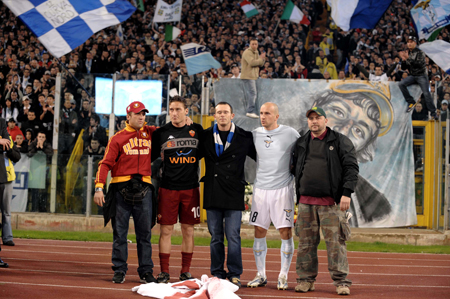 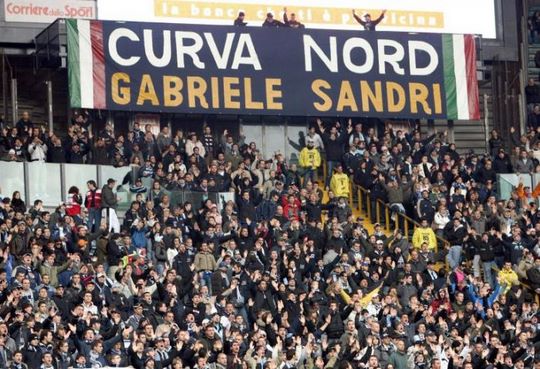 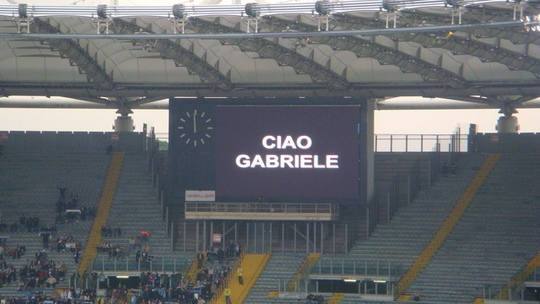 Many groups all around Italy payed attention to Gabriele, here from Inter - Lazio: 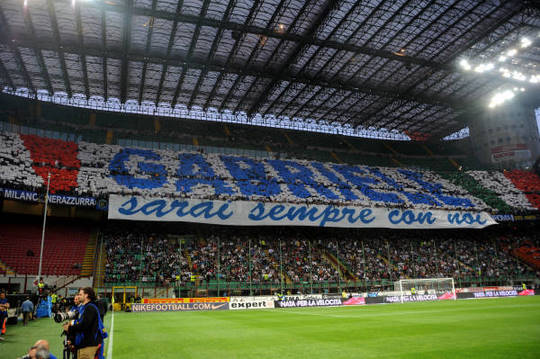 ("Gabriele - you will always be with us") 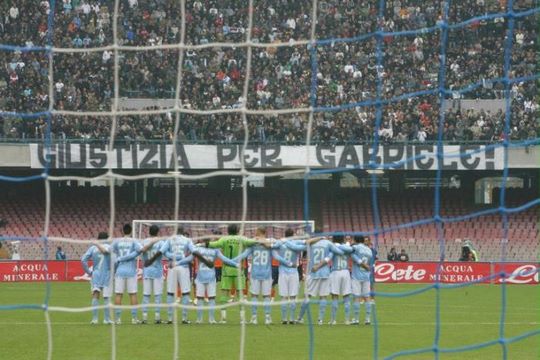 Also many groups in Europe honored Gabriele, like from the match Atletico - Valladolid: 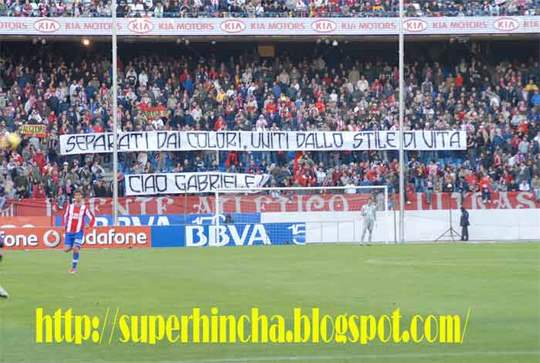 In memory of Gabriele Sandri... 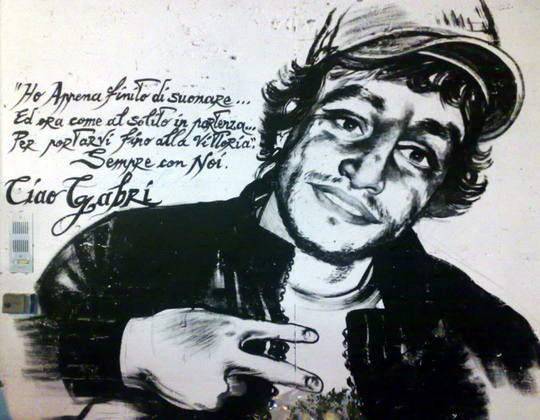 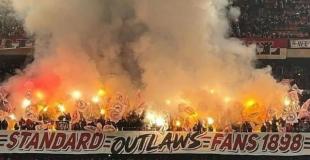 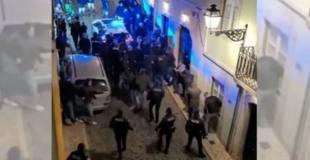 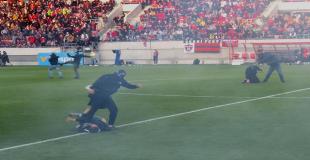 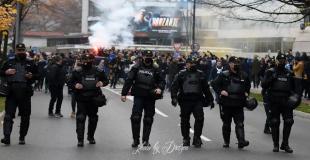