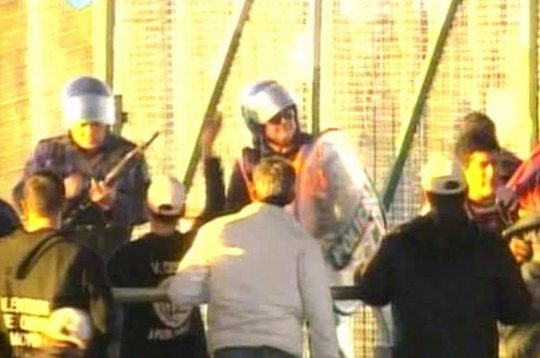 One fan was killed and another badly injured during fighting between Lanus barra brava and riot police before an Argentine first division match in La Plata on Monday.

Estudiantes's game with title challengers Lanus was abandoned at halftime after news of the death reached officials at the Ciudad de La Plata stadium in the capital of Buenos Aires province.

"The police reported a (Lanus) supporter had died and in the face of this situation it was necessary to suspend the match," Estudiantes president Enrique Lombardi told reporters.

"It was a unanimous decision by both clubs... It was for humanitarian reasons."

Local media reported the fighting between Lanus supporters and police had started before the match kicked off and another fan was in serious condition.