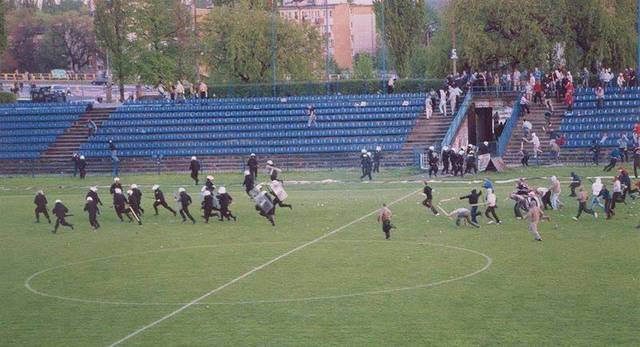 Poland: The day ACAB was defeated!

One of the most brutal stadium fight in history of Polish football when the police got heavily defeated by hooligans. One of our Facebook follower Michał was present on that match with his camera, we bring you his photos (plus few extra we found on internet) and short report.

"It was one of the biggest riot in the history of Polish ultra' movement. Ruch Chorzów was supported by Widzew Łódź hooligans. They were perfectly prepared to the violence - few days before the game they bought white huge sticks in Castorama store :) - and these sticks were kiss of death for the police. Anyway - the whole awantura took about 1 hour. The game was of course stopped and not finished. There were several parts of this violence - first time Ruch tried to attack on the left side of the pitch, but police stopped this attempt - they used massive number of rubber bullets. Second time Ruch attacked very succesfully on the stand - there were fight between Ruch and ŁKS hooligans (ŁKS on this game was good supported by their friends from GKS Tychy) but whole clash stopped police + water cannon. The last part of this riot was totally backdown police from the pitch, as they shooted the last bullet 10 seconds ago... The police tried to keep the position in the middle of the pitch, but due to a huge number of Ruch Chorzów hooligans (it was incalculable amount of guys - believe me...) they must to escape from the pitch and stand. To be honest - I was on the game Poland-England 1993 as well, but these scenes which I saw in 2004 on the Ruch-ŁKS game were one of best moments in my life. This day ACAB was absolutely destroyed. It was the glory day for Polish hooliganism." 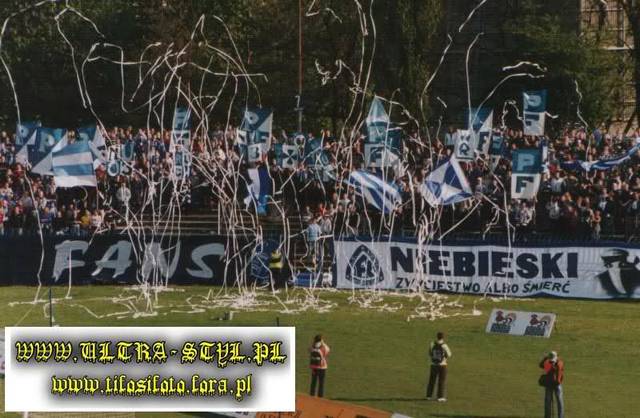 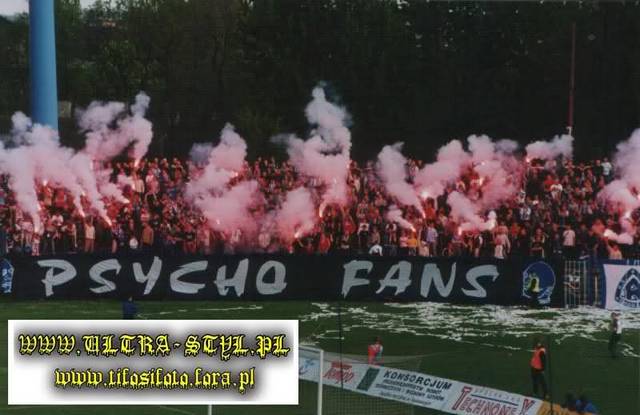 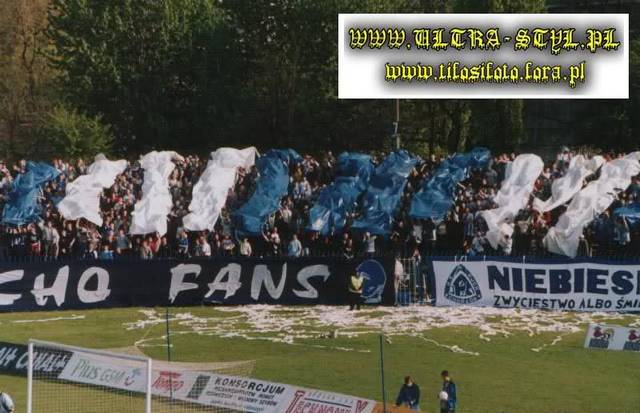 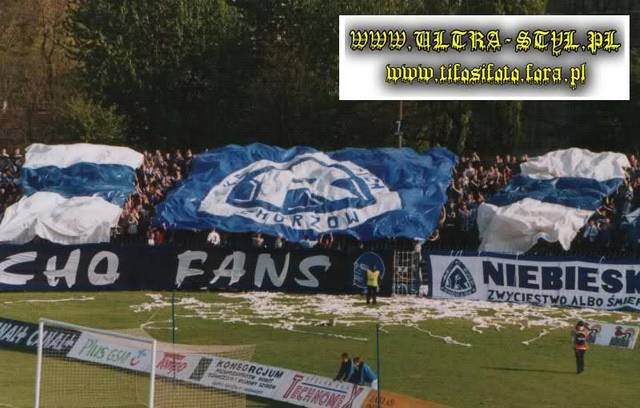 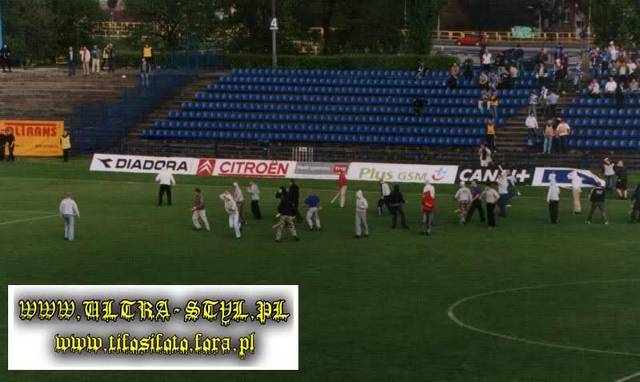 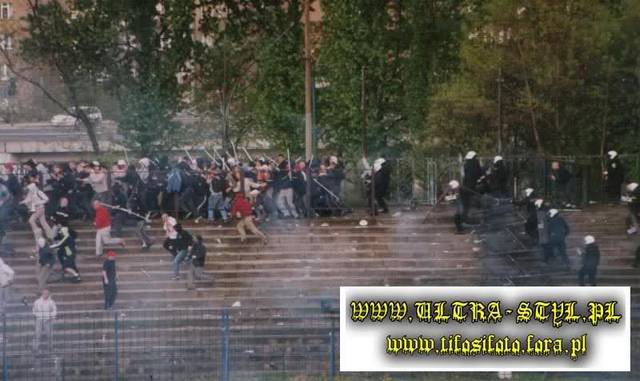 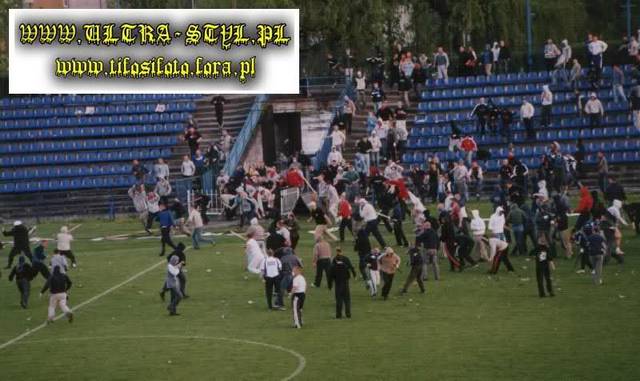 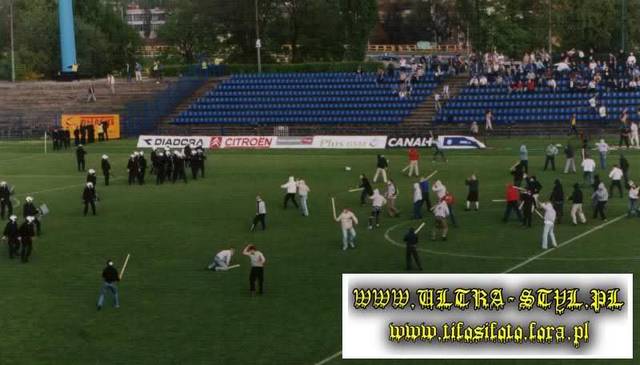 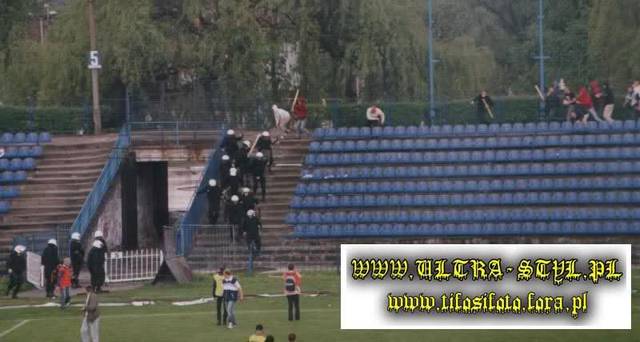 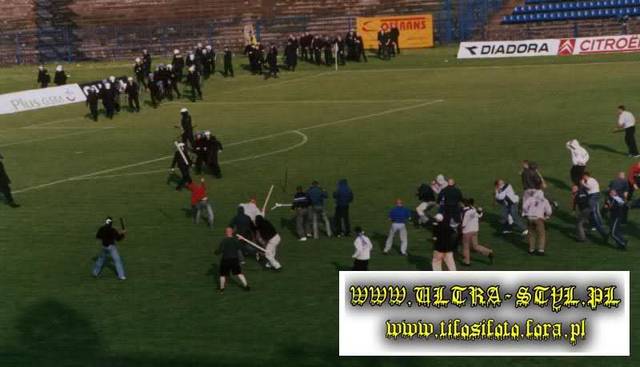 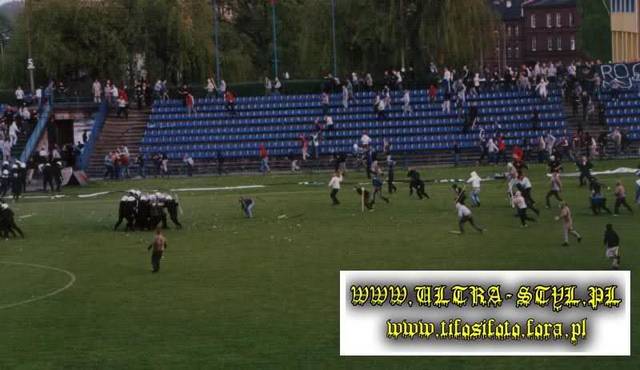 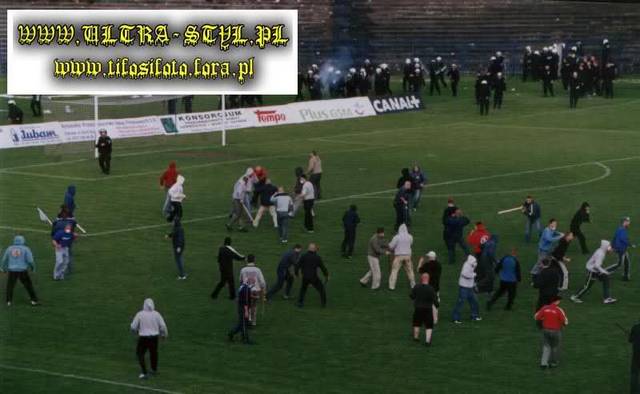