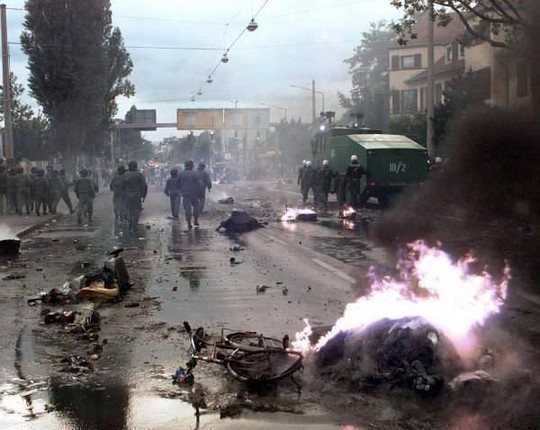 On the Father's Day 1999 important match was played in Germany between Kickers Offenbach and Waldhof Mannheim. Match ended 0:0 and Waldhof got promoted to 2. Bundesliga

Before writing full story from this match we have to mention that Waldhof Mannheim fans got a friendship with Eintracht Frankfurt fans and they (Eintrach) are biggest enemies of Kickers Offenbach.

Troubles already started in town near station when Tube Offenbach fans were waiting for the arrival of guests. But nothing big (insults and throwing stuff). Mannheim fans wen in corteo to the stadium and on  their way they robbed one gas station and stormed to their sector without paying for the tickets. 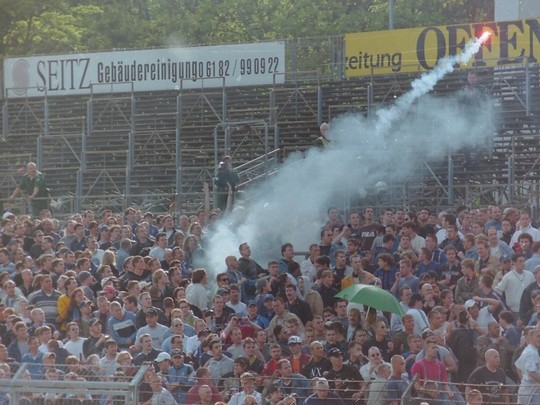 Before the match started fans were throwing stones on each other and the escalation of the violence was in the middle of the match when even darts and knives where flying. Away fans even started to break the old planks and throw them on sector with normal fans.

After that Offenbach hooligans stormed the away sector and real chaos started. 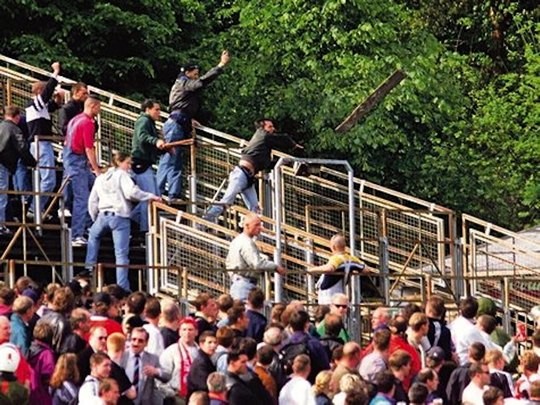 After the match riot continued on the streets of the Offenbach. Police even used guns when fans attacked their car.

That was biggest football related riots in Germany till then. Since that no matches were played in Germany on Father's Day. 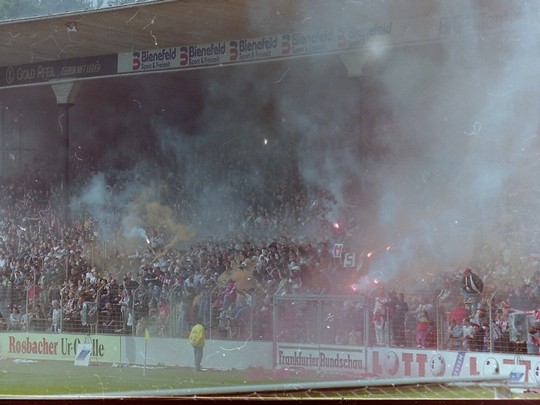 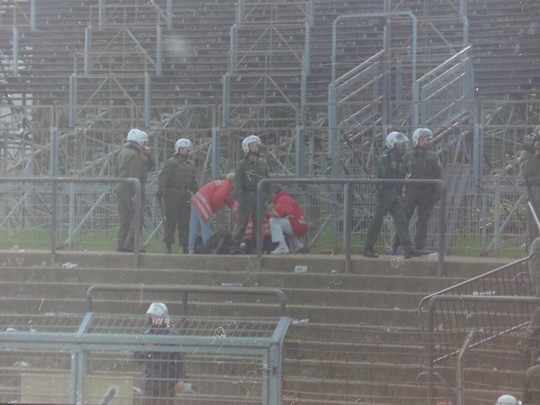 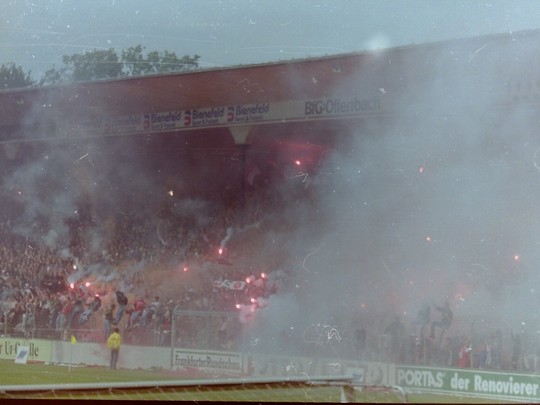 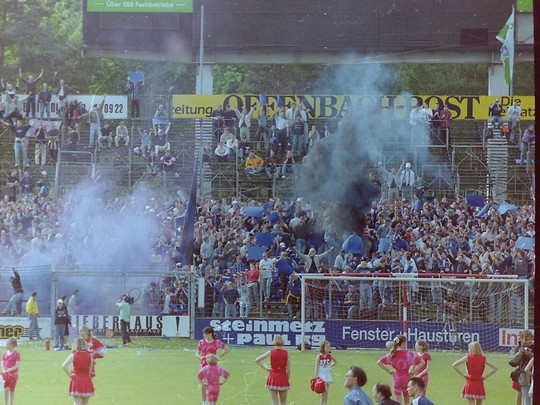 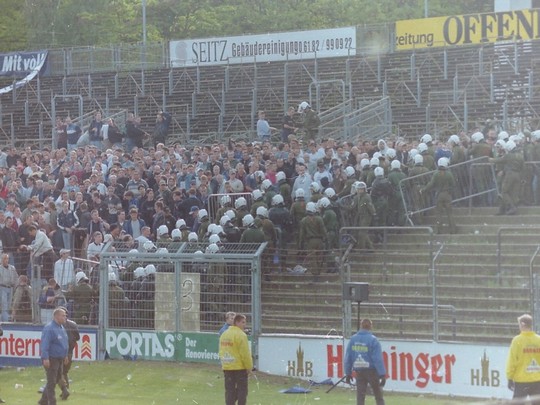 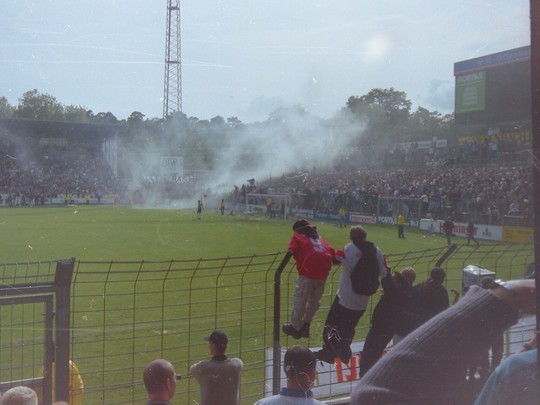 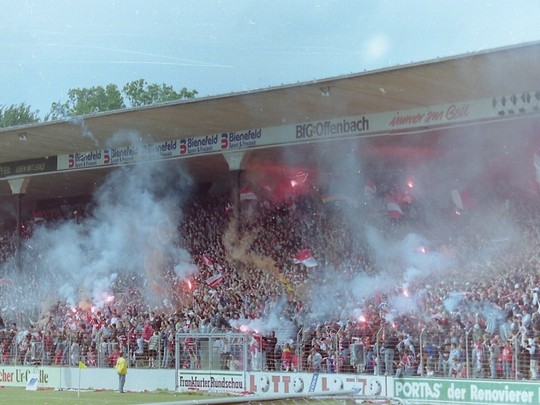 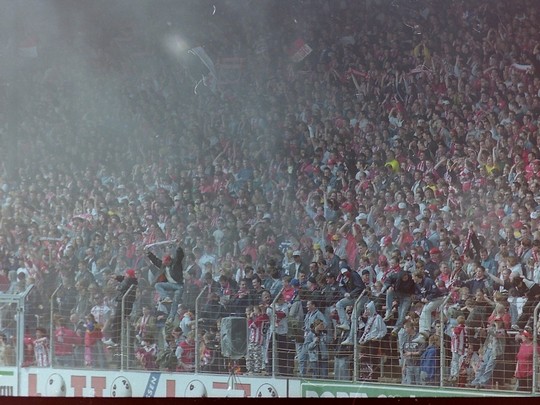 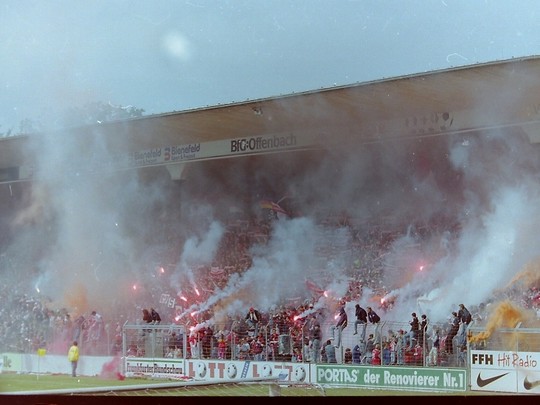 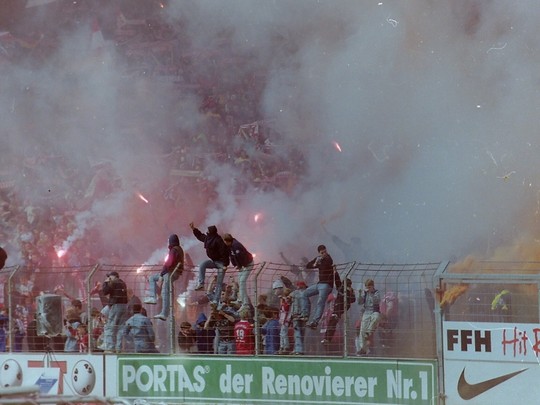 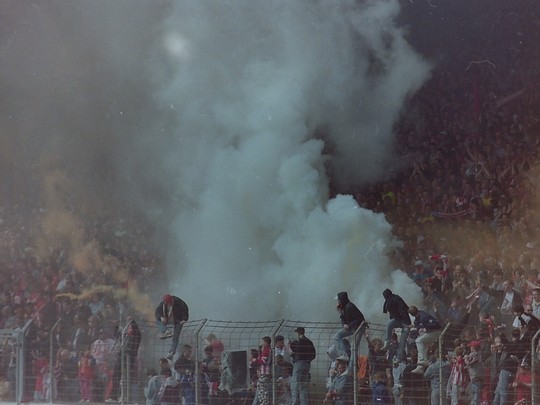 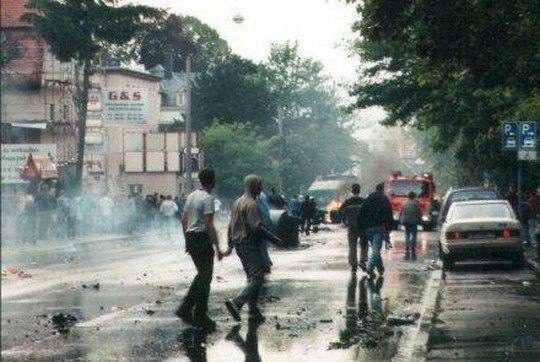 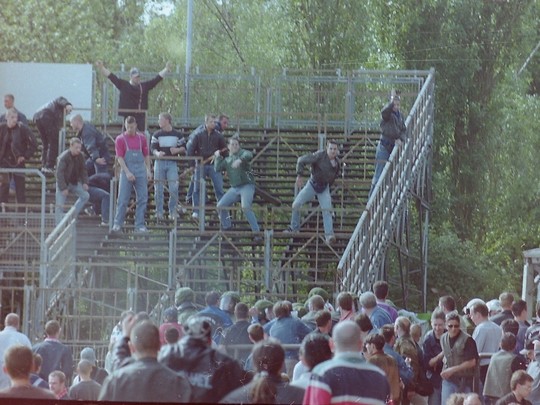 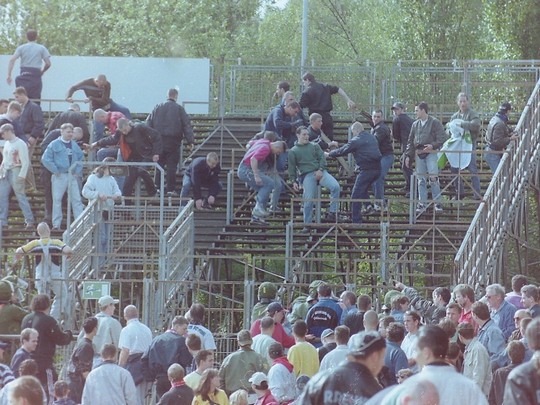 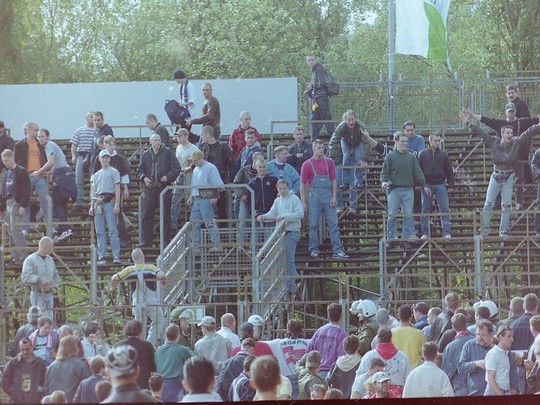 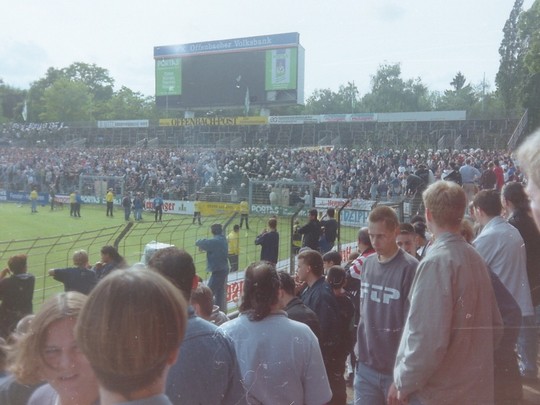 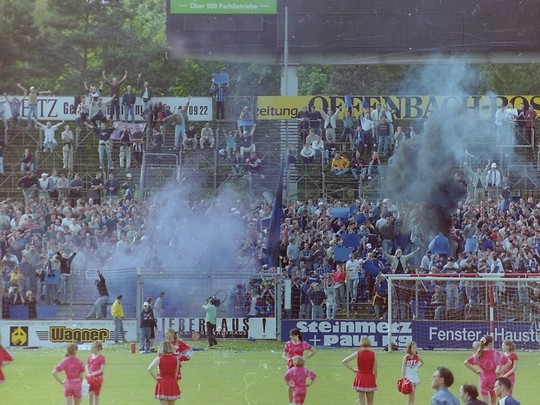 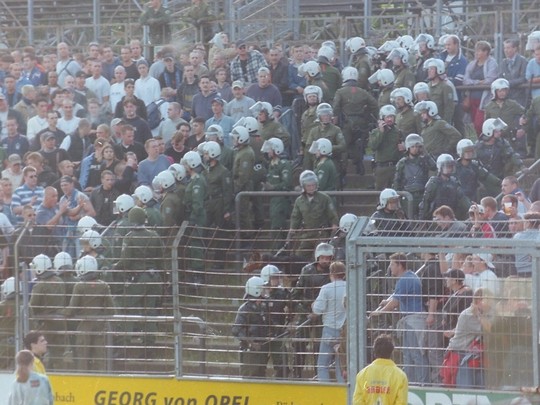 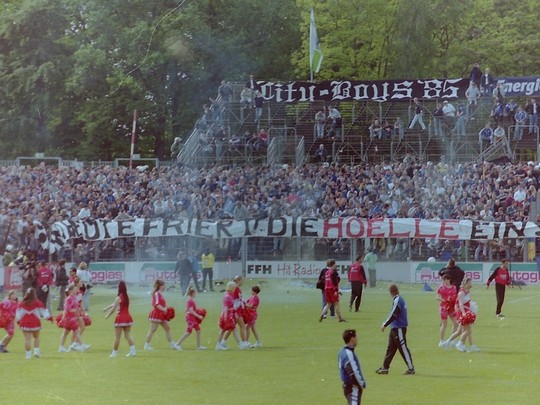 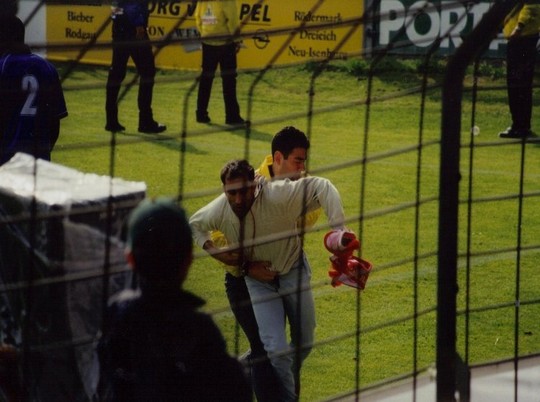