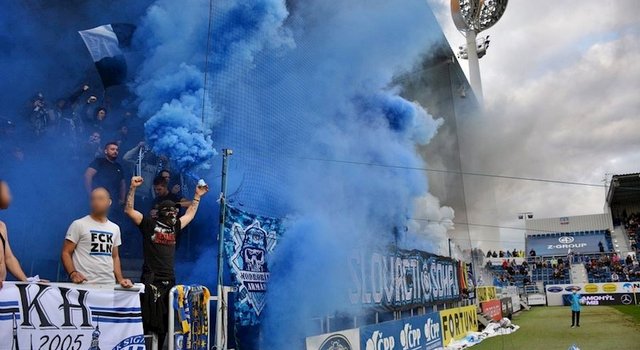 Interesting derby in the south-east of the Czech republic!

Charly on Tour wrote this report from the match:

Derby-time in Uherské Hradi št ě. The city is located in southeastern Czech Republic, Moravian slovakia, Zlínsk ý kraj. The rivalry to neighbouring Zlín is of course very great. Both cities are just 26 kilometres apart. You could expect a little something, but what happened at the game was already sensational. You go beyond the marketplace, suddenly both enemy ultra-group faces each other. A large number of state power prevented a conflict. That's the way it was only when it was paused.

The ground makes a really good impression. Four covered grandstands and the floodlight poles worth seeing make a very good picture. The kick wasn't the worst either, the hosts ended up winning without major issues.
Support
Two relatively small groups were fully motivated and delivered a very strong appearance, worthy of a derby. Both sides supported their team loudly throughout the season, but they were always good in motion.
Slovácko: Very nice choreo, which was well rounded off with 6 Bengalos. In the second half, several smoking pots were first ignited, before there was another pyro show to admire.
Zlín: At the beginning nice intro with yellow and blue flags. After the break, there were two more pyro actions. Even after a clear backlog, the team was further supported in an example. At the end, there were a few skirmishes with the fire department.
Food:
I chose the Cigáro (70 K č, 2.69 €) charcoal grill. Extremely well fried with very pleasant seasoning. The fat percentage could have been a little higher. The bread was fresh, unfortunately there was no cheese. Ho řčice was okay. Grade 2 +. 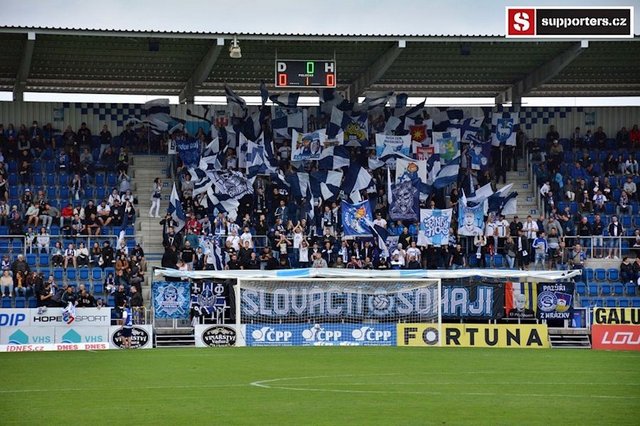 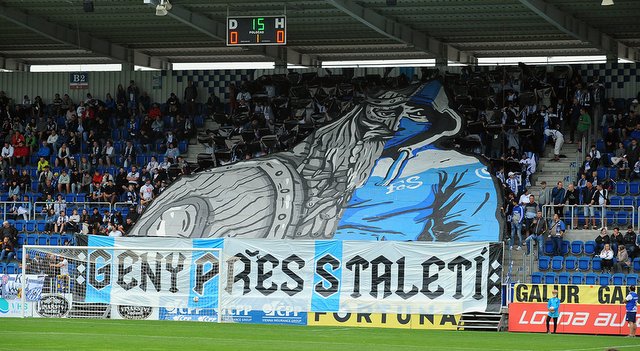 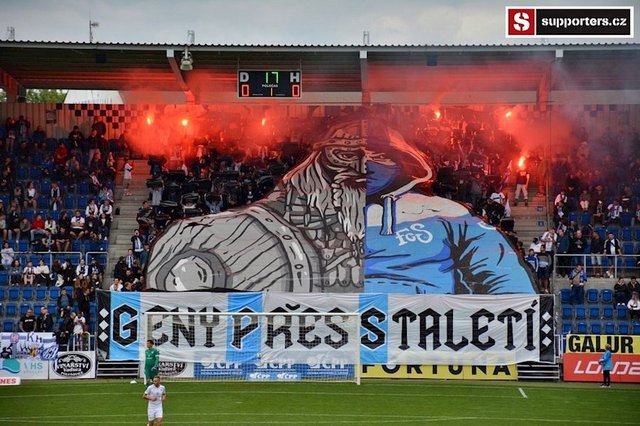 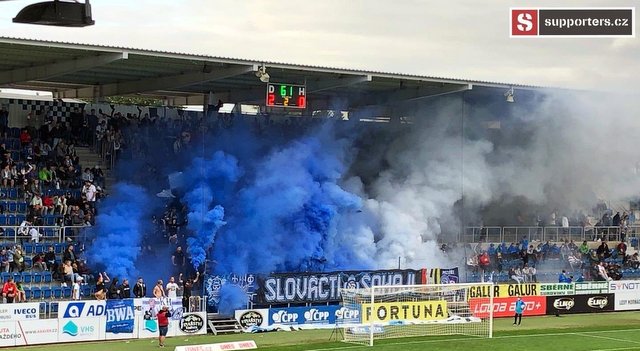 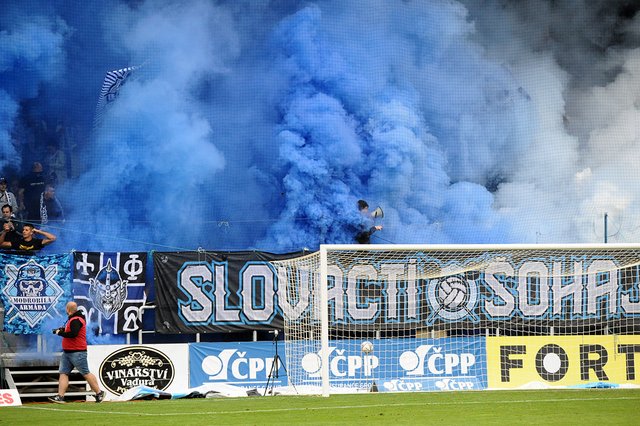 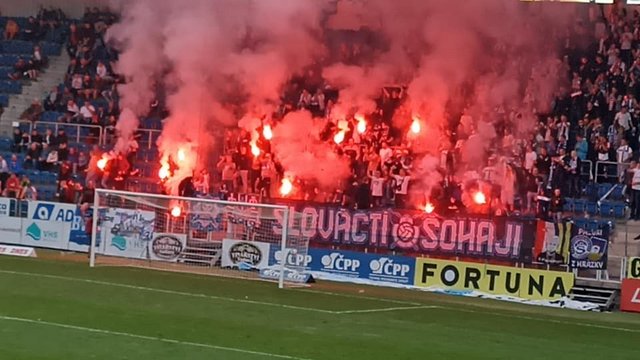 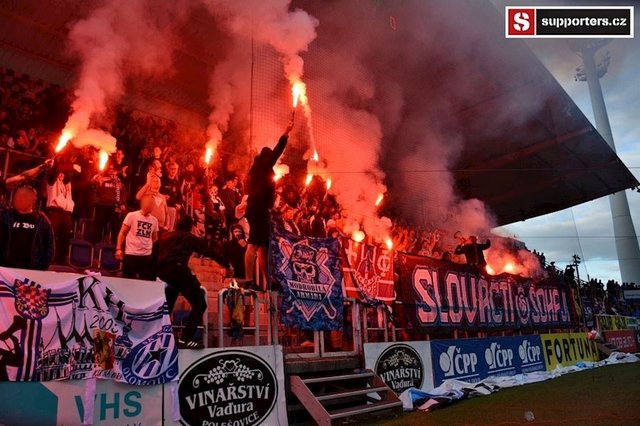 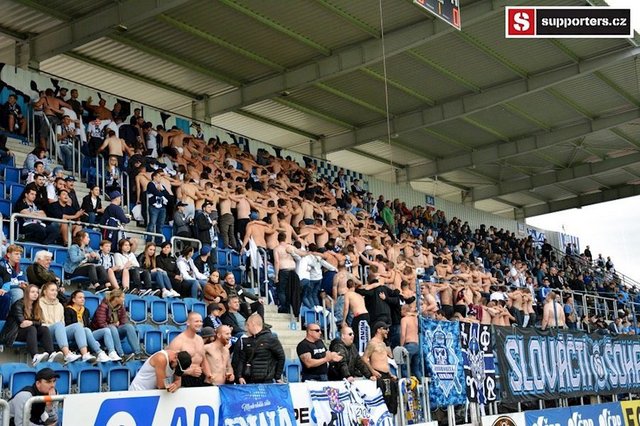 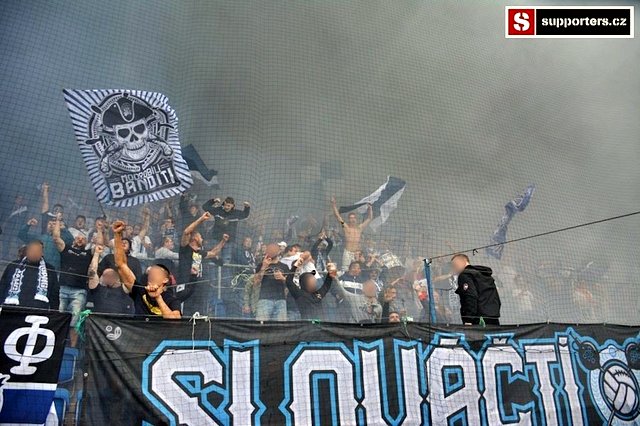 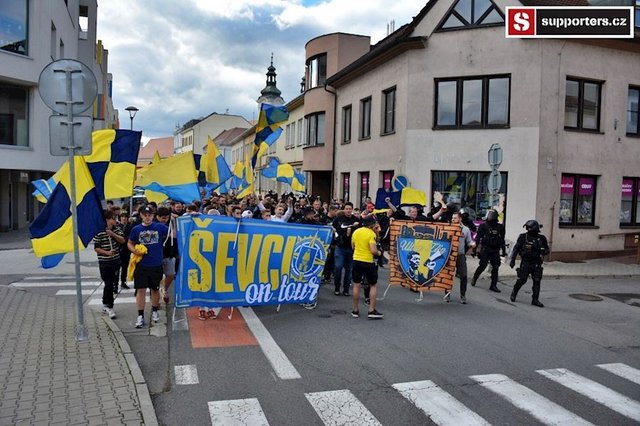 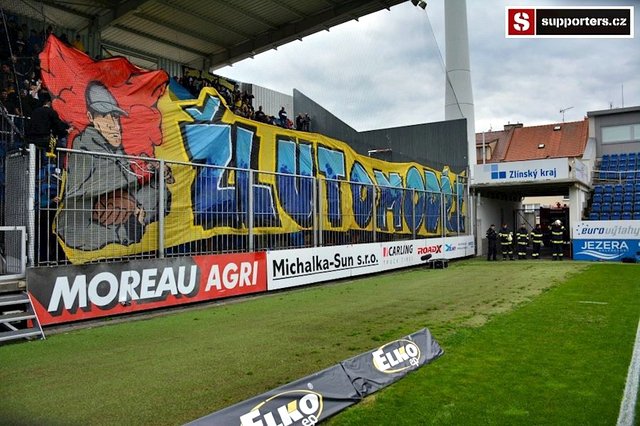 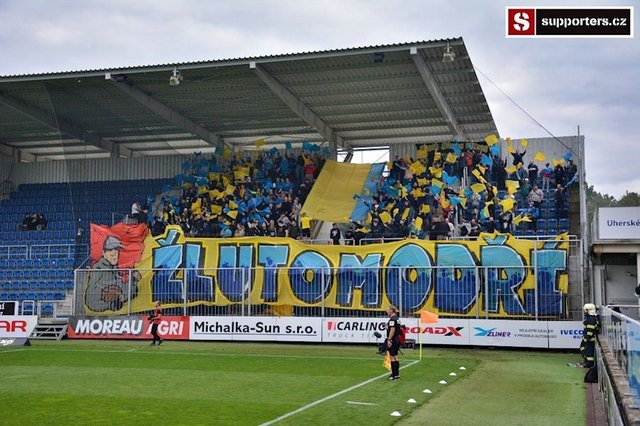 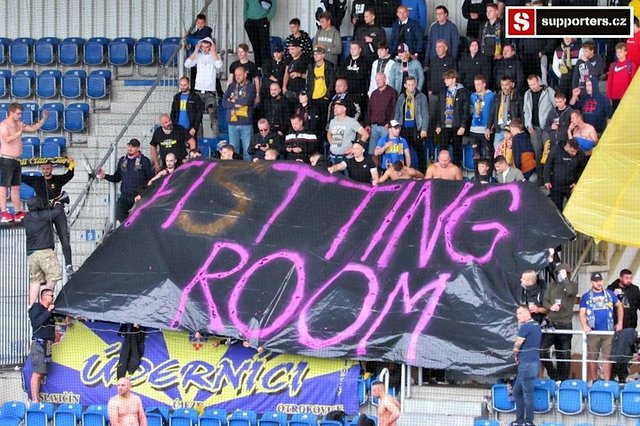 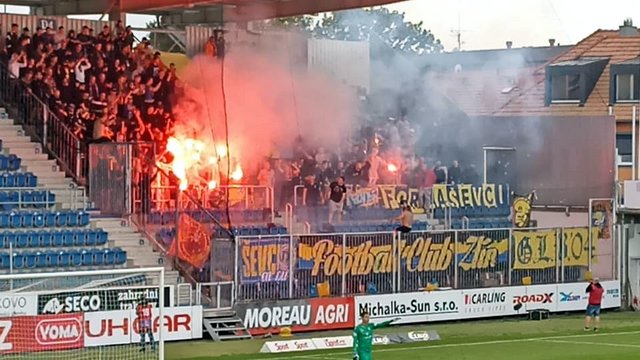 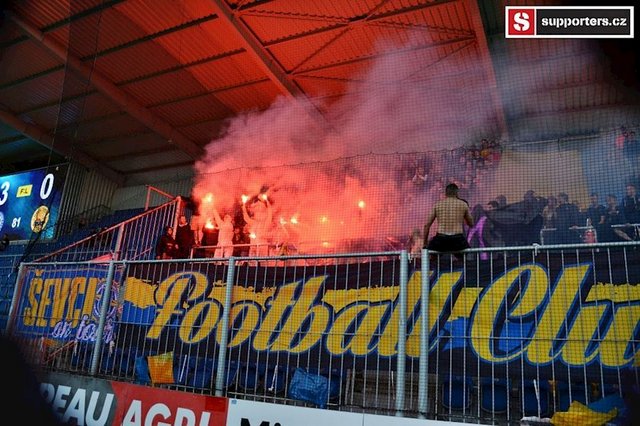 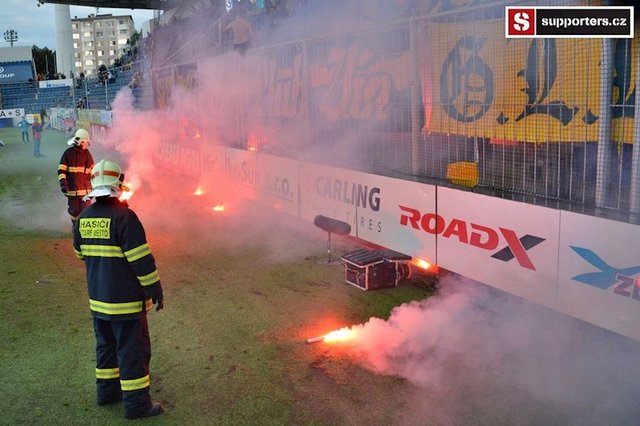 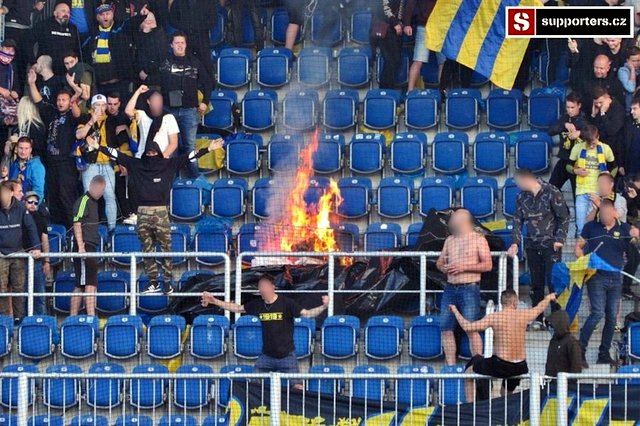 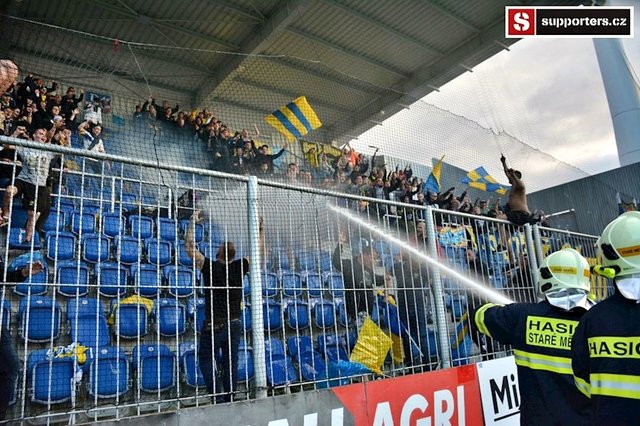