Kaunas Ultras from Lithuania in war against own club.

Kaunas Ultras from Lithuania in war against own club:

Lithuania is a very small country and Ultras movement in our country is small too. We cant compare us with countries like Poland or Serbia, but we have football Ultras as well.

Reason behind this article is that our group named "Kaunas Ultras" (from second biggest city in Lithuania) started war against head of our club FBK Kaunas. Our club chief decided to play matches in another city named Marijampole because they don't want to pay "big" money for Stadiums in Kaunas and its cheaper to play in Marijampole.

Kaunas Ultras decided not to tolerate this decision. If our club want to save money, we will make sure it wont be so cheap by throwing flares and smokebombs to the pitch, expecting that our club will get fines from Lithuanian football federation.


First match in "new city" were played about 3 weeks ago (working day with kick off 5pm!) and 5 Kaunas Ultras boys went to Marijampole. We did throw military smokebombs to the pitch and left a banner there with the text "Our home is Kaunas!". After that we left the stadium showing that we wont tolerate playing home matches in another city.

After that our club got fined 60 euro, that was sad news for Kaunas Ultras as we expected higher fine.


The second home match was again played in this other city. About 20 Kaunas Ultras boys went to see the game and repeated the action from last home match. Again flares were thrown into the pitch and we decided to leave the match, but police and secity wanted to arrest us so we started to run. Security car did hit one of our guys, but luckily he wasn't injured and could run away.

We ran into the city and for a good hour police sires were heard all over the city looking for us, but they didn't find us and no one got arrested.

After this match our club got fined 140 euro. More then first time, but less than we want.

After second match our head of club promised us arrests if we continued our action. Kaunas Ultras boys decided that it's like some challenge and we wont stop our fight.

About 43 Kaunas Ultras boys went to Marijampole for this match. We were checked very strictly at the entrance, one by one. Security didn't let one of our guys go, but after they were told to fuck off they let him in.

First half of the match were very quiet, no big incidents. But the second half was ours. We threw lot of flares into the pitch and match was stopped for few minutes.

Security pointed to few guys, letting us understand that after match there will be arrests. But they hadn't expected that both Ultras groups, our Kaunas Ultras and Pietu4 Ultras (of VMFD Zalgiris) had decided to leave the ground together as one mob (about 80 lads).

We are not friends, and few years ago we had fights with each others, but now in Lithuania it is some kind of peace between football Ultras. Leaders from both groups agreed to leave stadium together to avoid arrests, and it worked! Nobody arrested, security just stood there with plane faces.


We did reach our goal again, smokebombs and flares stopped the match.

We will continue our fight and we expect even bigger fines and maybe disqualification from the stadium because there has been 3 actions in row at the same stadium. It doesn't satisfy security requirements for stadiums.

Good this is that we got attention from press, so maybe our head of the club will think again and get in some kind of dialogue with us.

Next home match will be played in two weeks, we hope to see it in our home town this city, if not our fight continue...

Photos from second and third match: 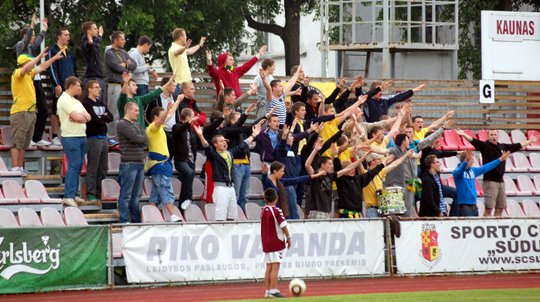 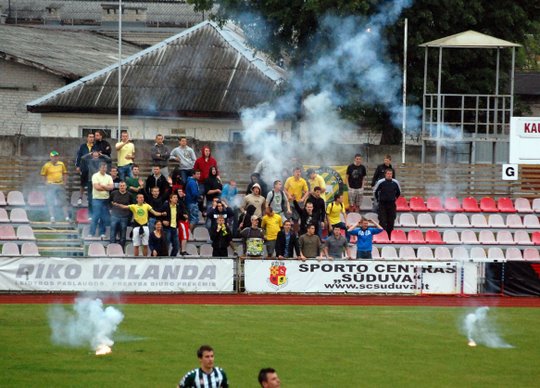 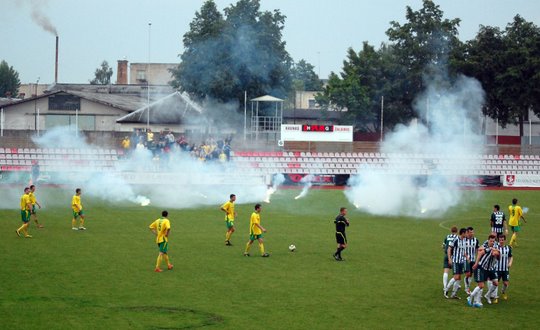 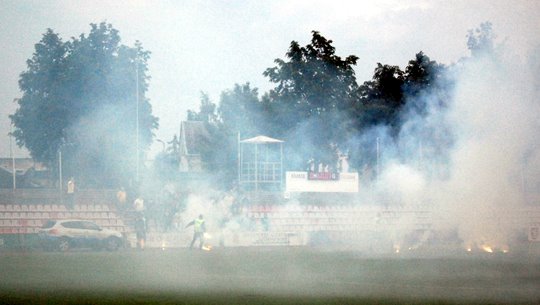 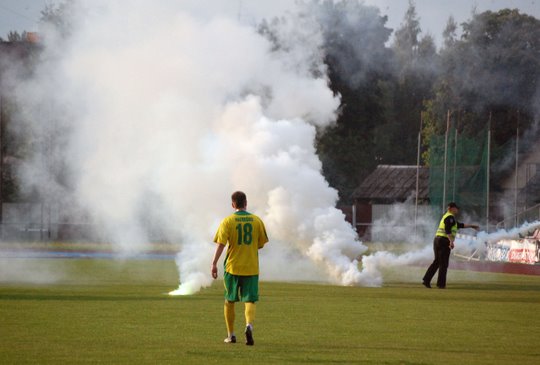 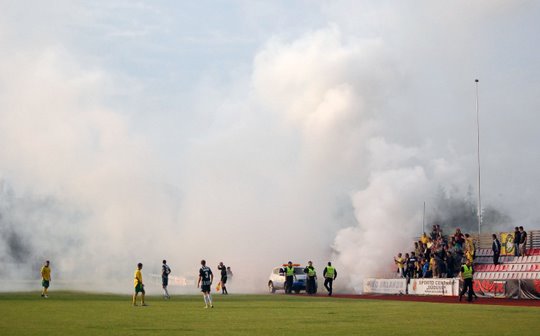