First the final was supposed to be played 8th of May, but because of elections held the same day and from the tense situation of protests in the laters days the final was moved to May 22.

Lot of fans from both teams were ready for the final now, but one day before kick off the football federation moved the match from the city Tirana to Durres because circumstances in the capital city were not regular for such and event. Moving the match to another city right before the match caused lot of supporters from both teams couldn't go.

Some photos from the group "Fanatics" from Tirana: 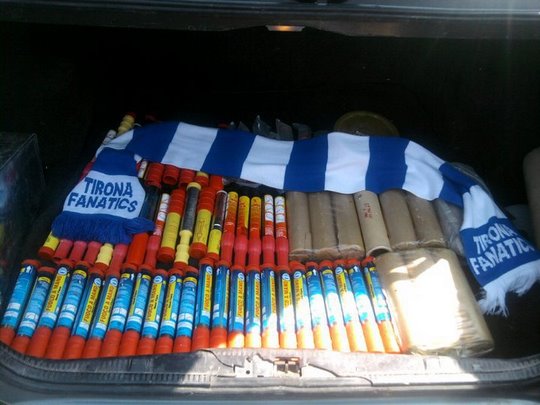 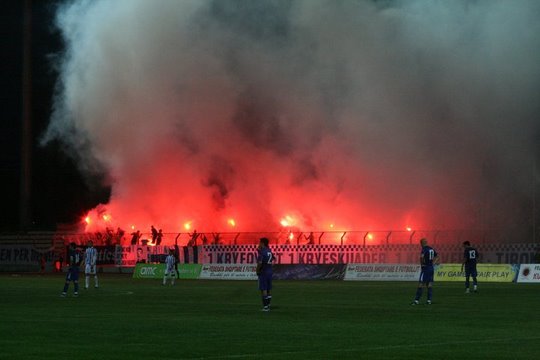 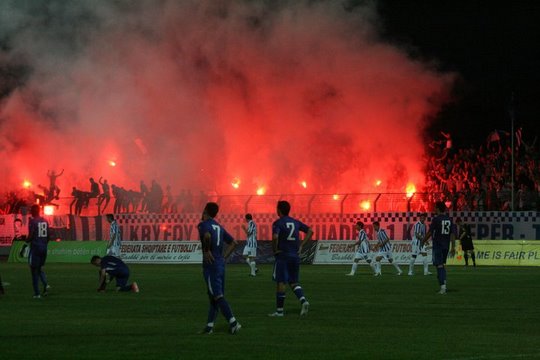 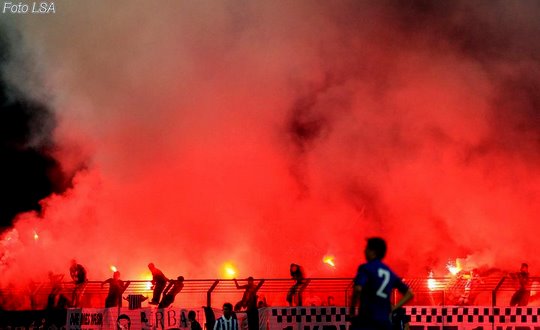 Young player of Tirana celebration the win with their supporters. 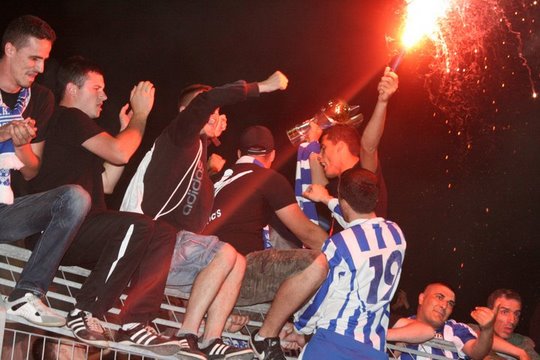 A 17 year old boy from the group died one day before the match and this banner is dedicated to him.
"Yesterday between us, Today with you, Among us FOR LIFE" 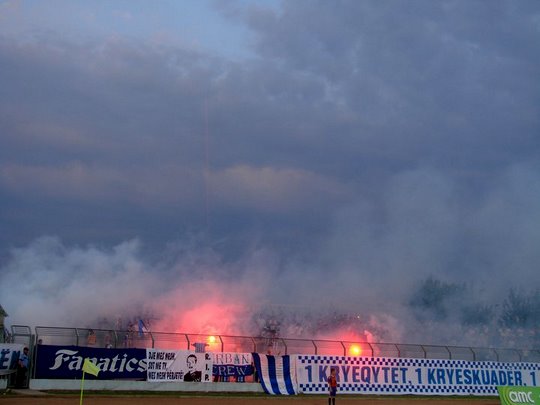 Dinamo Tirana dont have any big groups of fans, but at least two photos from their support during the final: 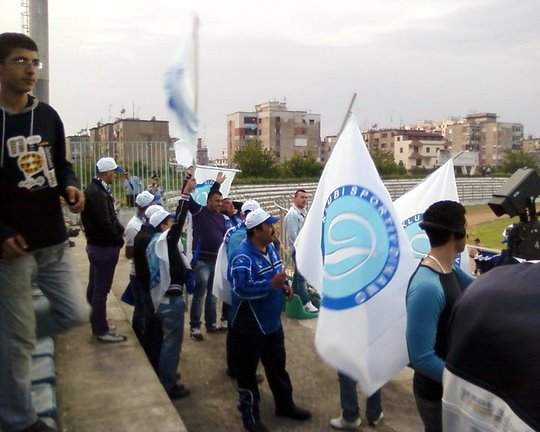 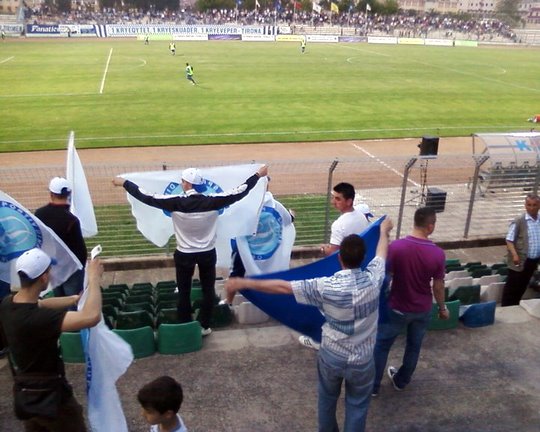 More photos from Tirana can be seen here!

Thanks to "REINIS" for this match report. Its always a pleasure to get photos and info from countries without a big famous ultras scene.
Send Brann or Semper Fidelis a pm if you want to contribute to our website, or use the contact information (email).