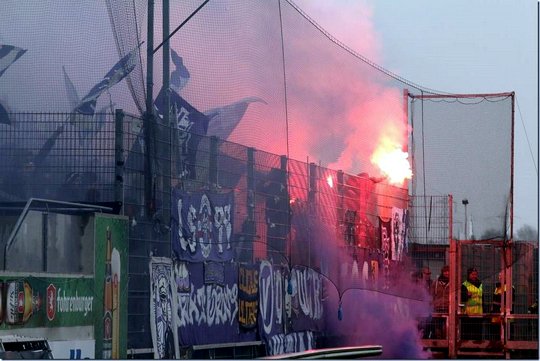 After a long winter break the amateur leagues in Austria started again this weekend. Austria Salzburg had to play the first round in Altach against the second team of SCR Altach. Altach is a small village (only 6000 inhabitants) in Vorarlberg next to Switzerland. Their first team plays in the Bundesliga and have good chances to go to Champions League.

From Salzburg travelled 4 buses and many cars on a rainy Saturday to this game. The stadium was empty with the exception of the away section (only 500 spectator in total). For this game Fraternité Violette prepared a very nice choreography. With banners and red glitter sheets they formed the crest of Salzburg city.

A good beginning on the stands, a bad one on the fields. In the first minute Altach scored the 1:0 and the consequence was a bad game from both sites. But with continuation of the game the Violets become better and scored 4 times. Big celebration on the stands and a good start to the mission "promotion“.

Some other fan actions: In the half time the Tough Guys Salzburg organized a nice pyro show with flares and smoke. They also had a banner for their friends in Barletta and Catanzaro („GE e UC: Non mollate! Onore a voi!“ – „Gruppo Erotico and Ultras Catanzaro: Don´t give up! Honor to you!“) because of new bans and repressions against them.

After the game a bad accident happened. While celebrating with the team a young ultra felt from the fence 5 meters down and crashed with the head on the ground. He went with the emergency doctor to the hospital but is on the mend. Get well soon! 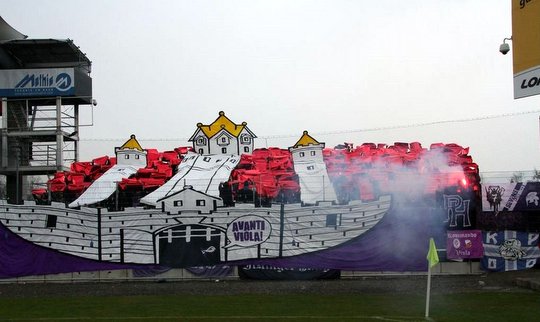 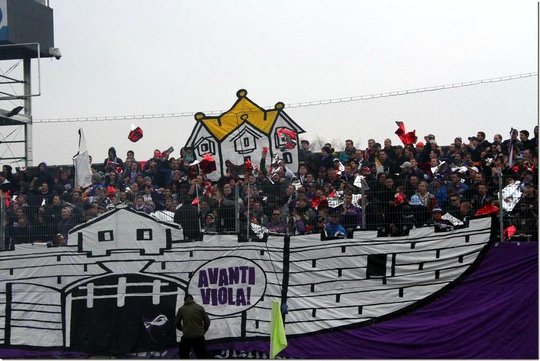 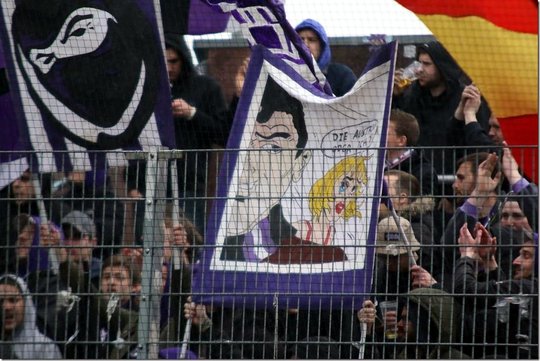 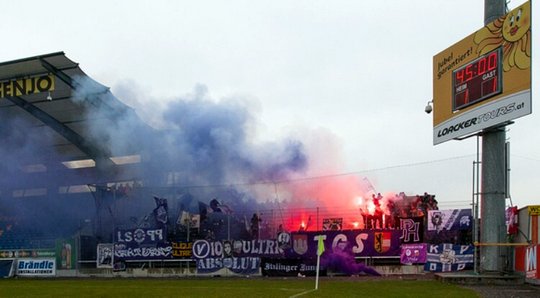 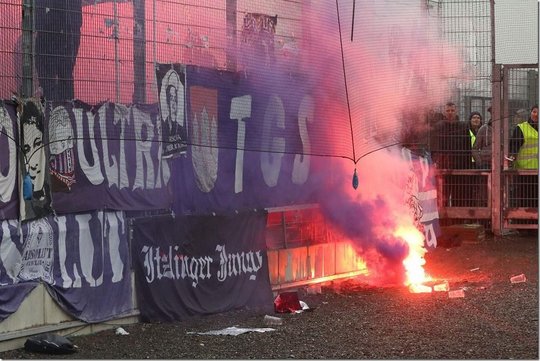 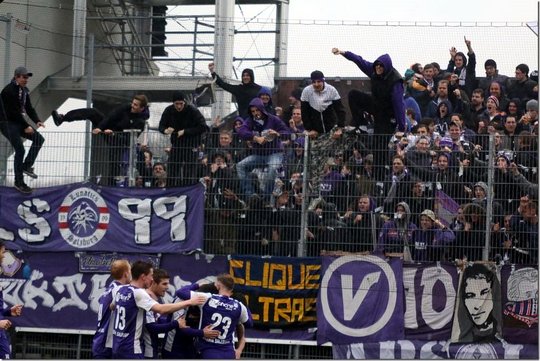 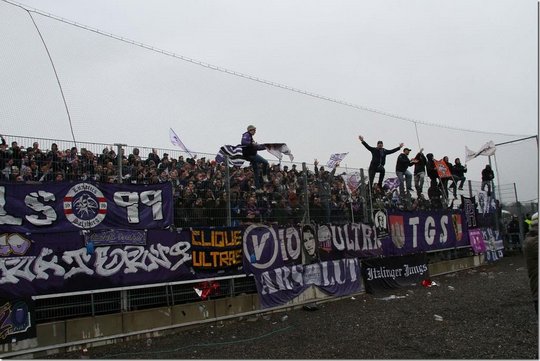 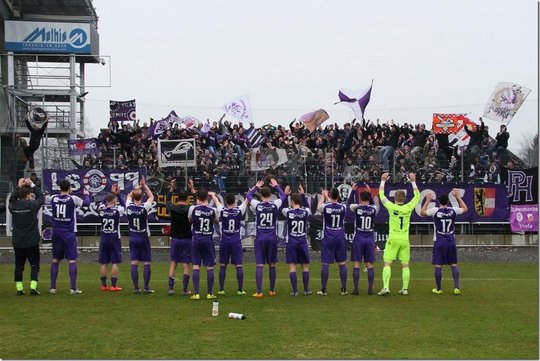 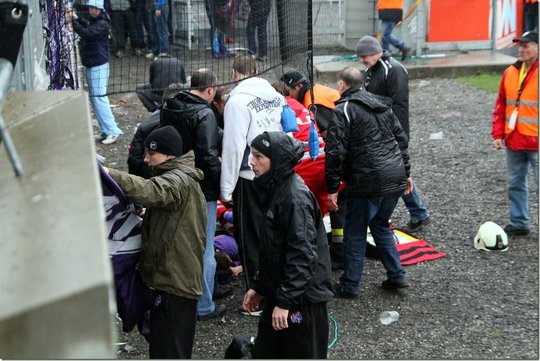 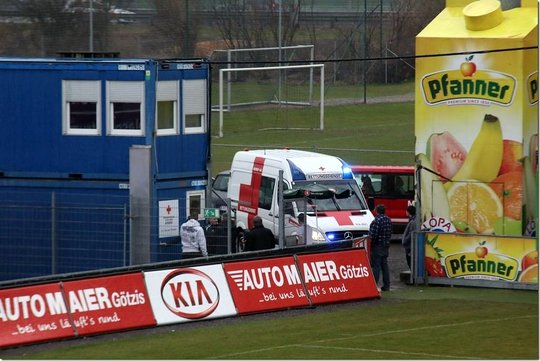