In the Greek Cup tie against Olympiakos , PAOK played without supporters because of the incidents that took place in Volos 10 days ago.

A day before the game almost 6000 fans attended PAOK's last training session in order to encourage the players for the upcoming match. Also there was a unanimous decision by the PAOK fan clubs to be present outside Toumba Stadium during the game, a fact that caused fear to olympiacos and made them ask for extra police measures during their stay in Thessaloniki. Indeed,almost 2000 policemen of all types were mobilized in order to protect them during their stay in the city, a police helicopter was brought from Athens and for that very reason olympiacos' staff used a truck of a local transportation company to come unnoticed to the stadium!

Before,during and mostly after the game PAOK fans clashed with police in the streets around Toumba stadium and a large amount of tear gas was used in this thickly populated area.
60 fans  managed to enter Toumba stadium and PAOK won 1-0 and moved to the semi-finals.

The riot in Volos that caused the ban: 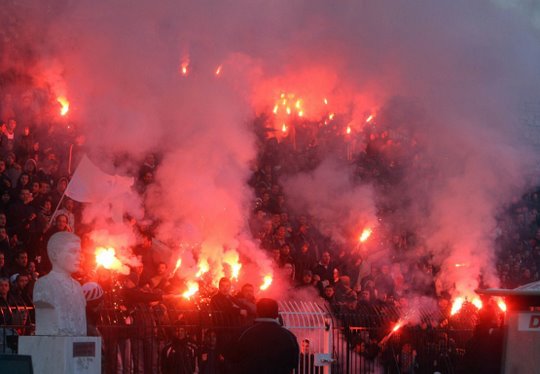 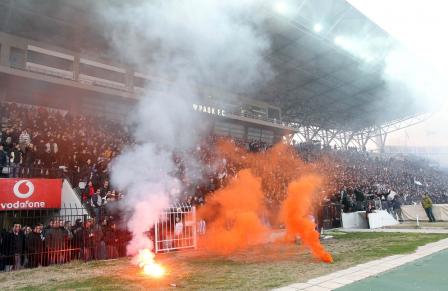 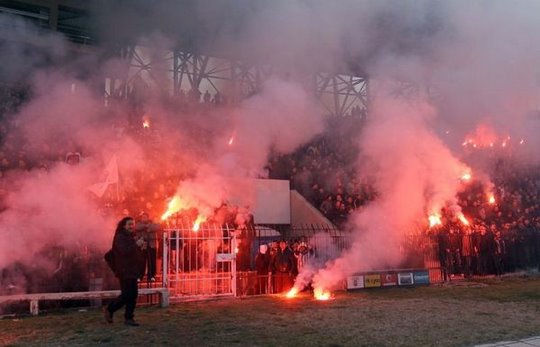 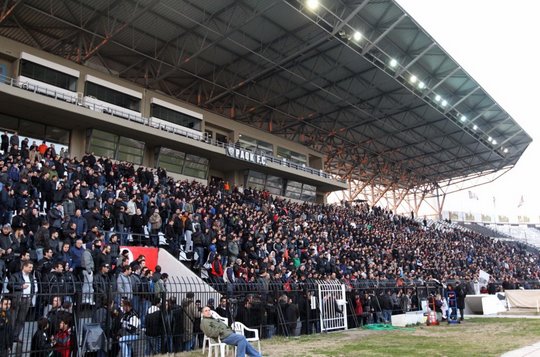 "olympiacos' staff used a truck of a local transportation company to come unnoticed to the stadium!" 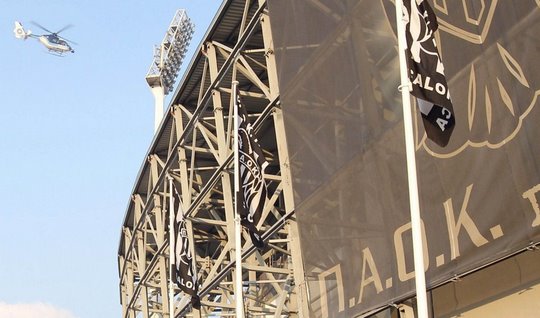 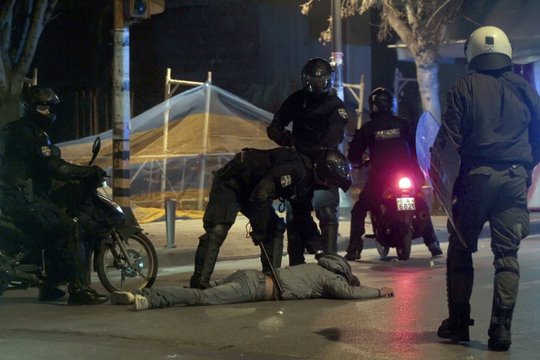 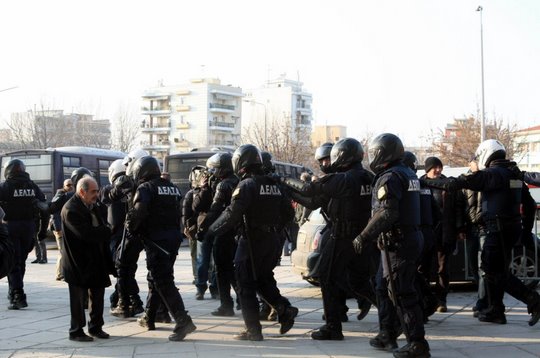 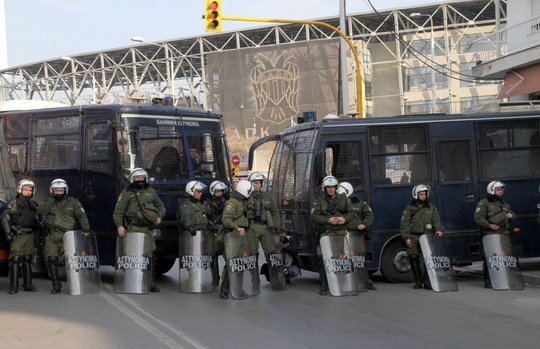 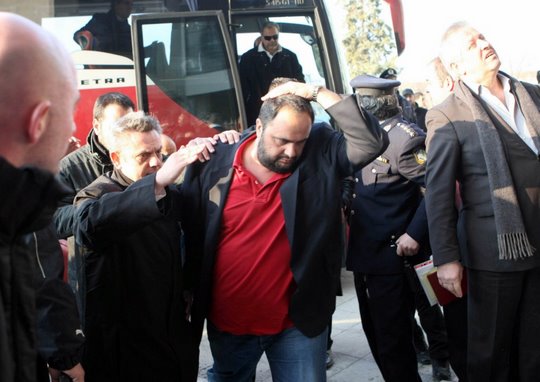 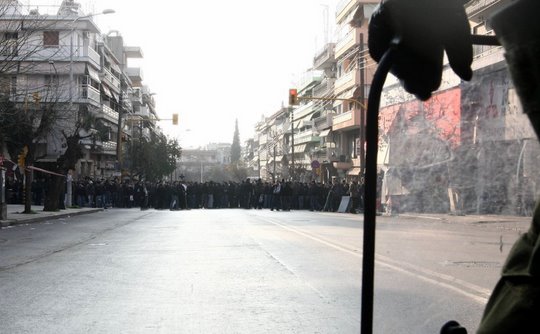 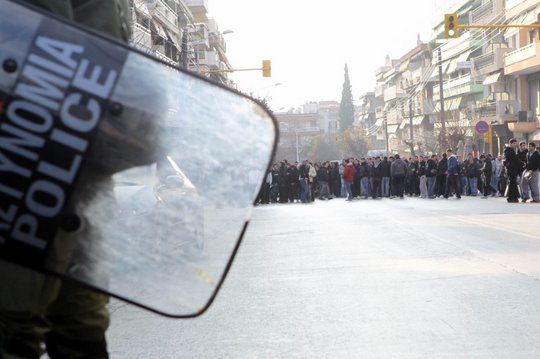 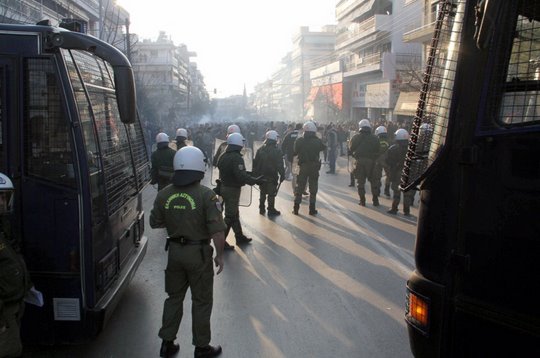 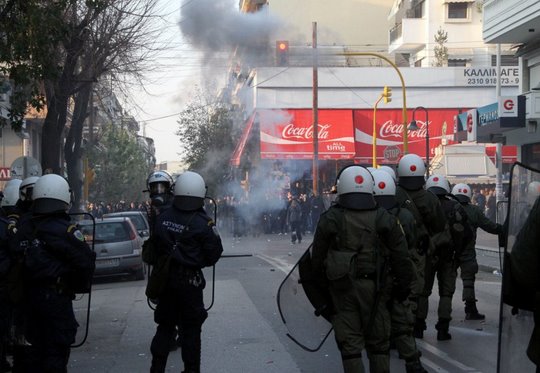 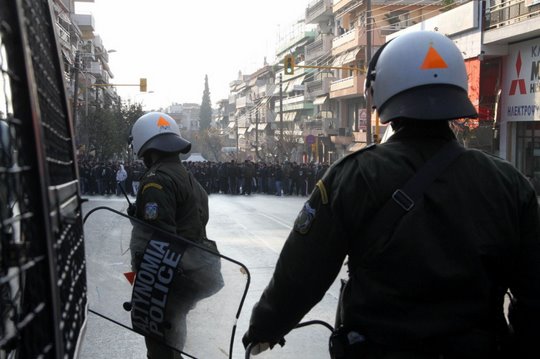 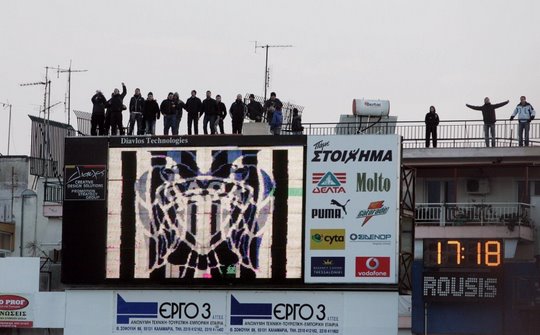 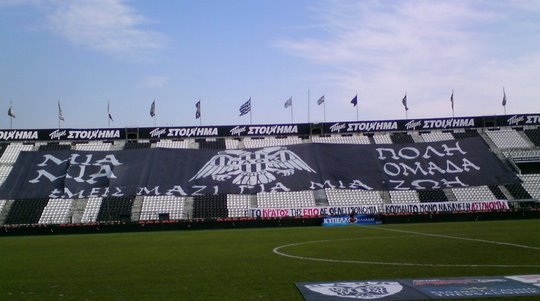 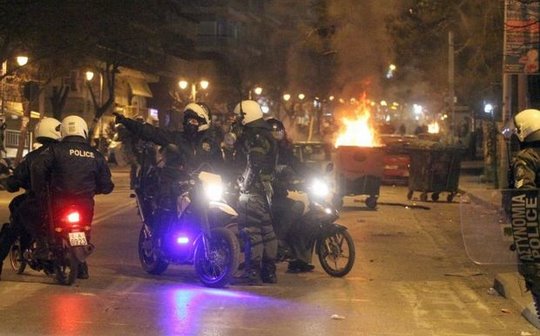 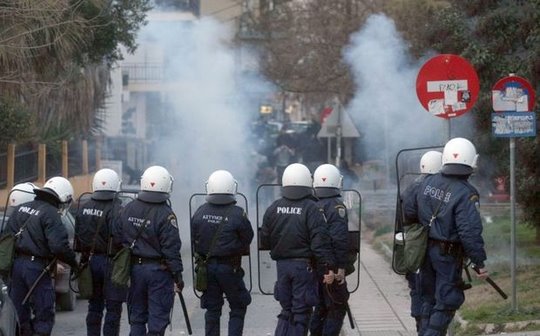 Thanks to "Black Stick" for this match report!