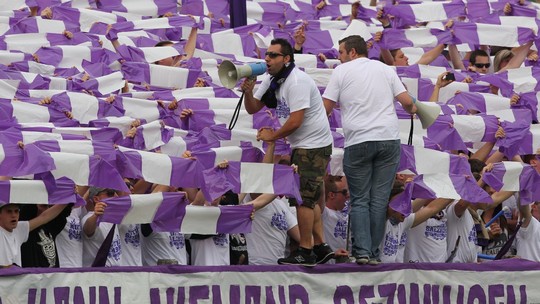 This year 2 tradition teams are playing for these places: LASK and Austria Salzburg.

On Monday 2.6. the first round was played. Both games were high risk games because Austria Salzburg plays first after 9 years in Vienna and LASK is going the same direction as Salzburg.

A few years ago the Ultragroups of both teams had a friendship, but it stopped and after some action started a hostility between both clubs. Police was very careful that opponent fans don´t meet each other on the way.

This game was sold out in 48 hours. Austria Salzburg got 1000 tickets and they were gone in a few hours, so many people bought tickets in Vienna. All in all around 1500 away supporters come to see this most important game in the newer history (after the restart in 2006).

The supporters came on different ways to the capital. 8 busses, many cars and also around 50 guys by train in the morning. This group was caught by police in Vienna and the day started with identity checks. But afterwards everbody could walk around free in Vienna. They had a nice stay in the Prater, just a few spotters of the 2 teams from Vienna (Rapid, Austria) showed up. 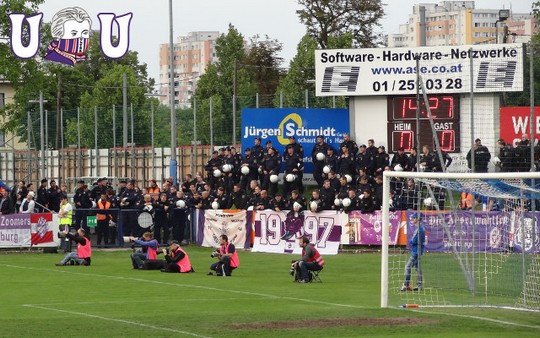 On the way to the stadium you could see the big police squad. It was a kind of feeling like a Viennese derby. Also the well known TV-Star Oberst Ernst Albrecht (head of special force WEGA and actor of a reality TV-soap) was running around. But no troubles with police or other supporters.

Curva Viola (coalition of groups Tough Guys, Union Ultrá, Fraternite and Lunatics) prepared a little choreo for this game. 1000 foil scarves in violet-white-violet were home-made and a long banner "Die Violett-Weiße Mauer kann NIEMAND bezwingen, den Aufstieg werden WIR erringen!" (“The violet-white wall can nobody overcome, the promotion will we achieve!”). Additional the fans weared white t-shirts with “Austria Salzburg” print, special made for this game. 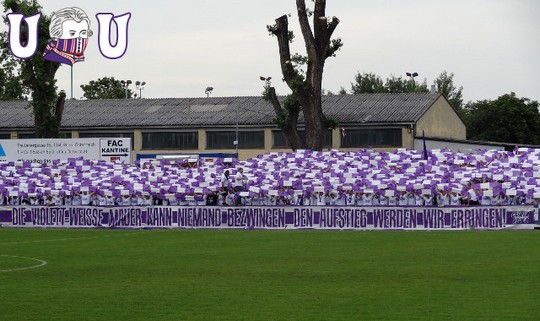 The away section wasn´t the best for support, just a few stairs on the length side and many gloryhunters, but especially after the goals it was really loud and good. The capos gave their best and sometimes the whole away section was singing.

The game was really exciting. In the first half Austria shot a goal, but after the break FAC made 2. When some fans were already disappointed, the 2:2 was shot in the 92. minute. Amazing goal celebration with lots of pyro and jumping f
ans. Long time after the game fans were celebrating with their players and wish them luck for the 2nd game on Thursday (5.6.).

The longest trip to this game had John Fitzcallan from Sidney (Australia). He followed Austria Salzburg for a few years and for this important game he made the long trip from down under. Also his father from Ireland came to Vienna. Another long trip had the former head of Austria Salzburg and Union Ultra: he travelled by bicycle to Vienna. With Salzburg were also friends from Udine and with Fraternite 3 guys from Saarbrücken.

Also a few hundred LASK fans travelled to Parndorf to see their team playing. Every bus was escorted by a few police busses (because they travelled the same way as Austria Salzburg supporters). Their fangroups made a banner for the intro “With the scarve in the hand, we are following LASK in the land!” and behind this they showed a scarve parade. LASK won the game 1:0 and has now good chances to promote to “Erste Liga”.

2nd leg is scheduled for this Thursday! 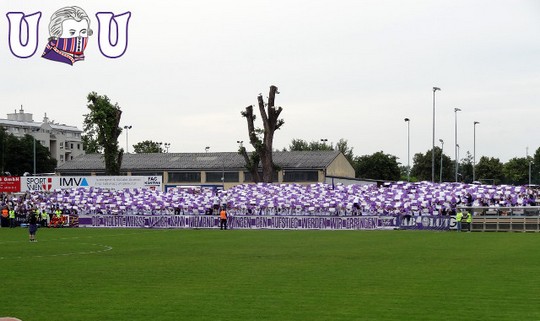 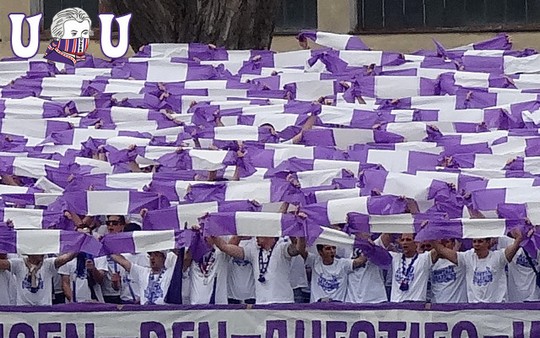 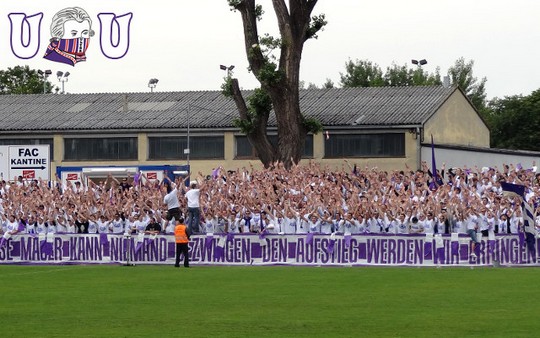 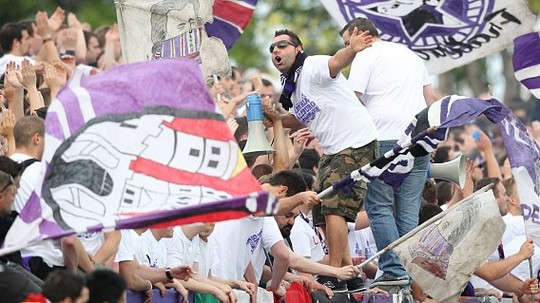 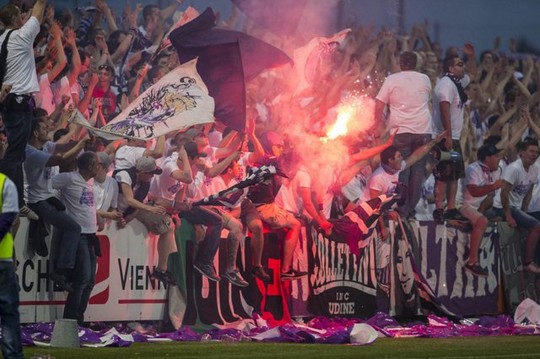 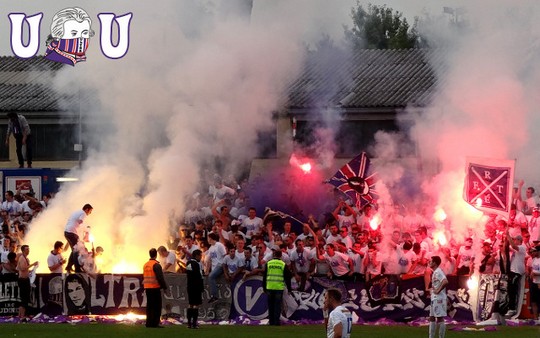 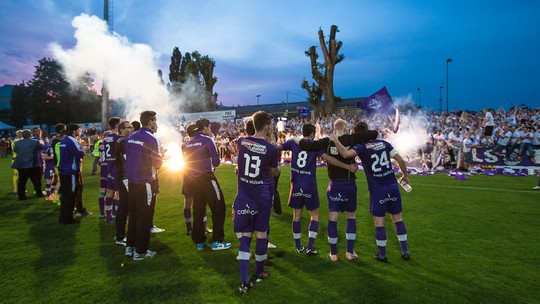 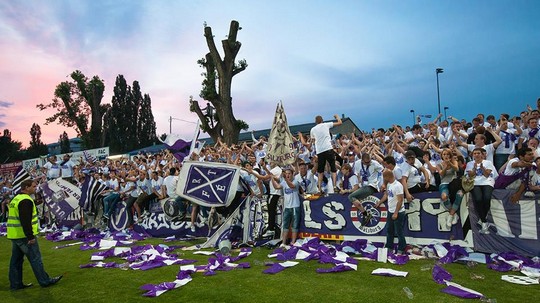 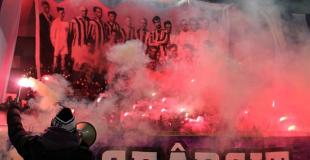