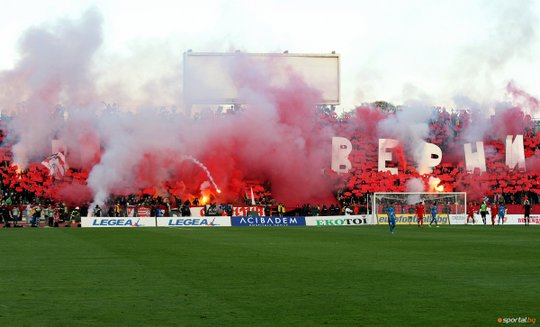 12 000 spectators at the match. 1000 policemen on duty this day as well to avoid any trouble between fans, and also between fans and people who support the socialist party in Sofia the same day.

Both CSKA and Levski had good corteos, both fans attacked the Turkish embassy with stones, bottles, flares and bombs when they passed it.

Levski's choreography was about their 7-2 victory against CSKA exactly 45 years ago (17.11.1968), which is also one of the best result against CSKA during their history.

Not much trouble being reported from this day and no big fights between the fans, but still 18 fans arrested.

CSKA had smaller trouble with police during their corteo, but nothing serious. 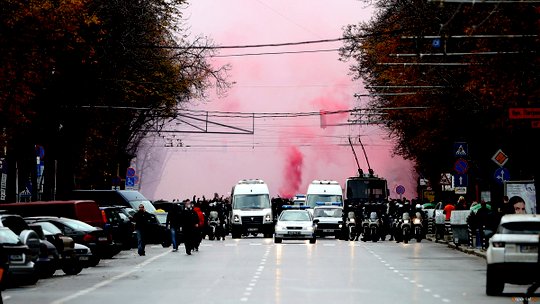 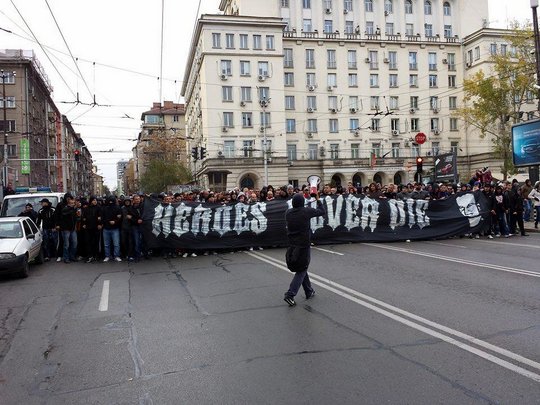 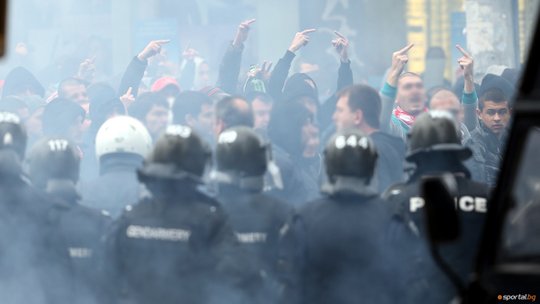 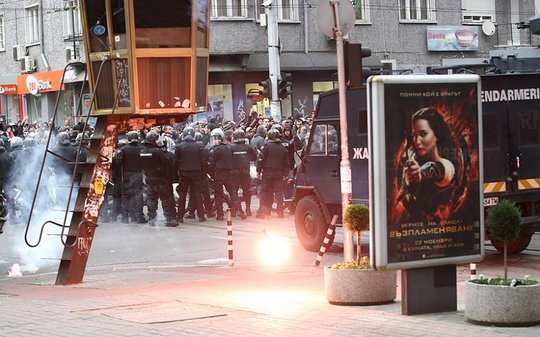 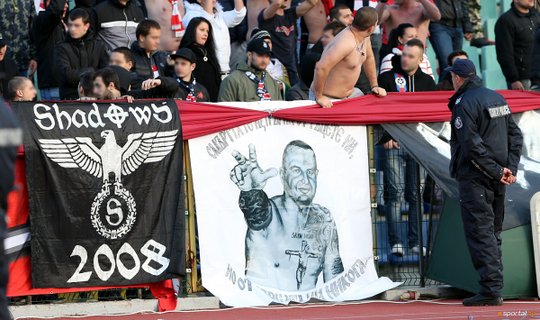 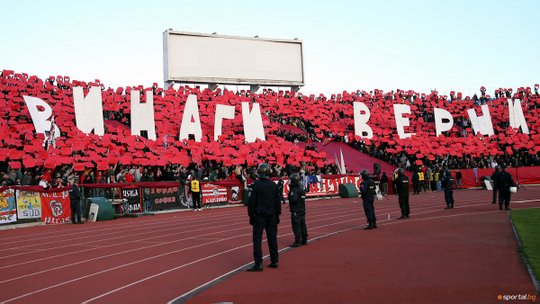 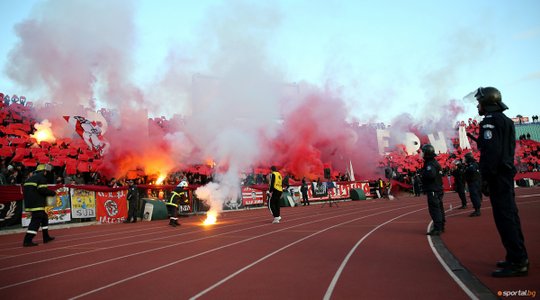 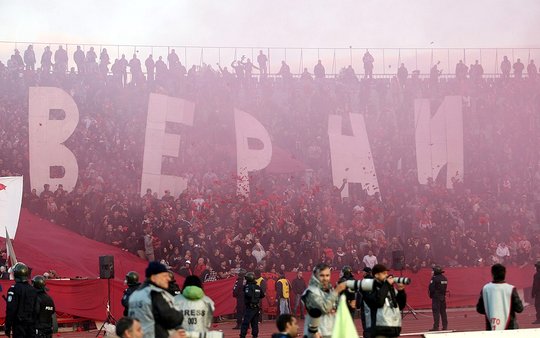 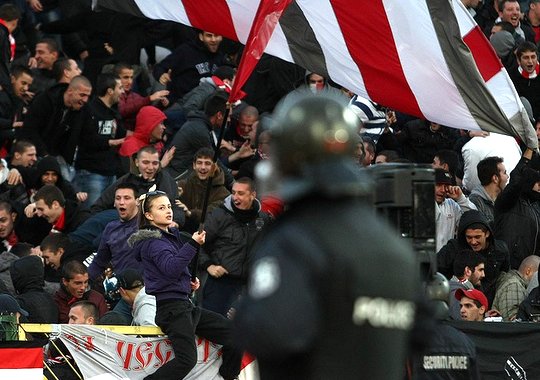 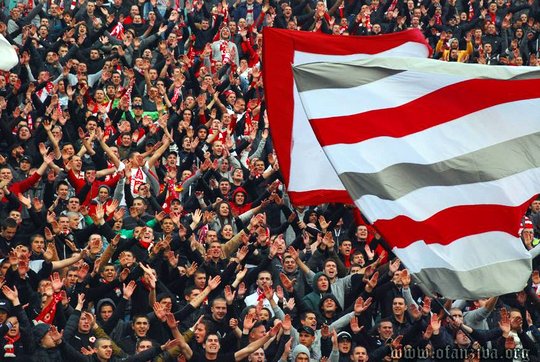 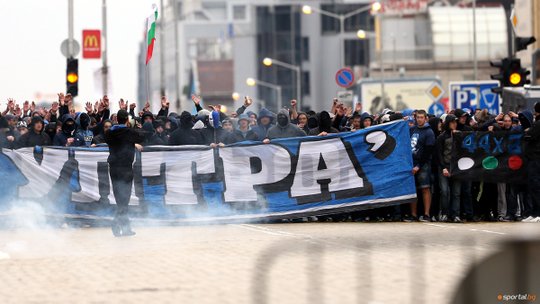 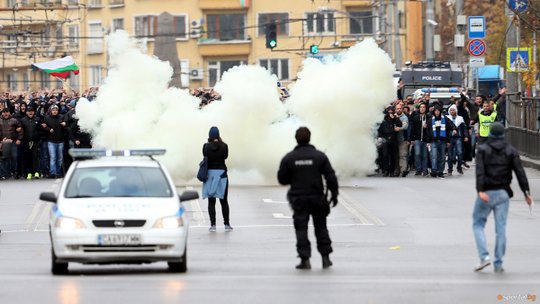 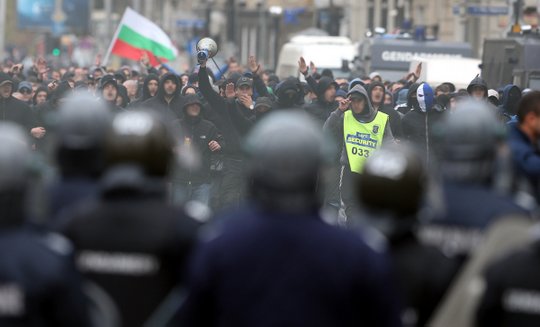 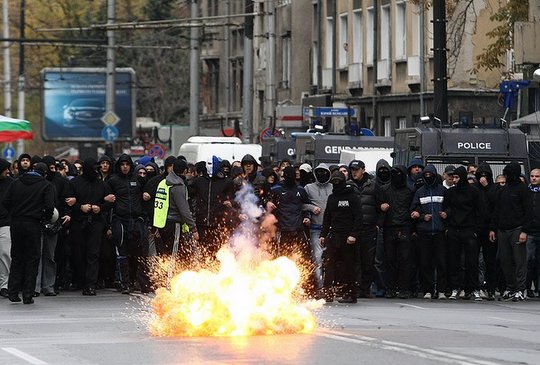 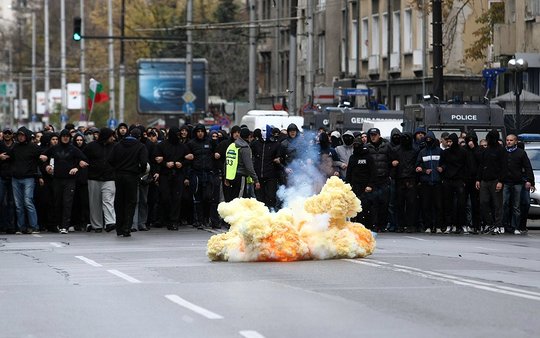 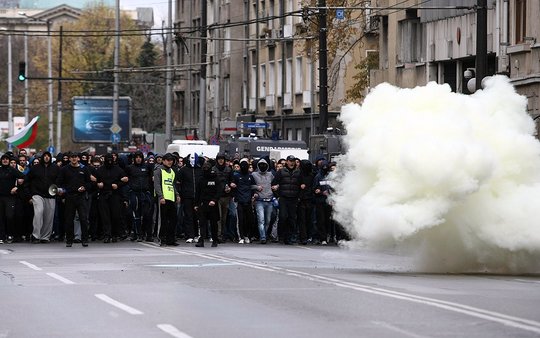 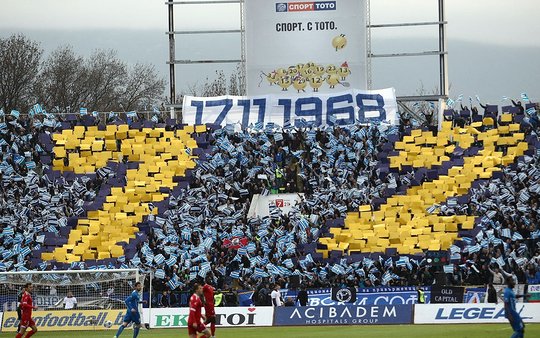 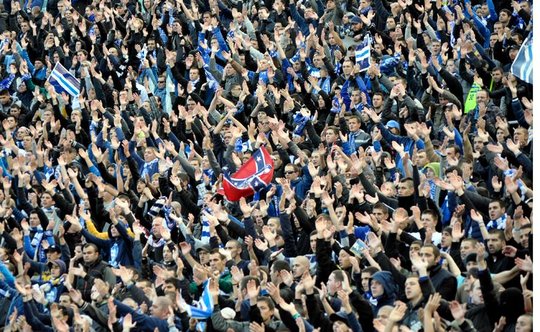 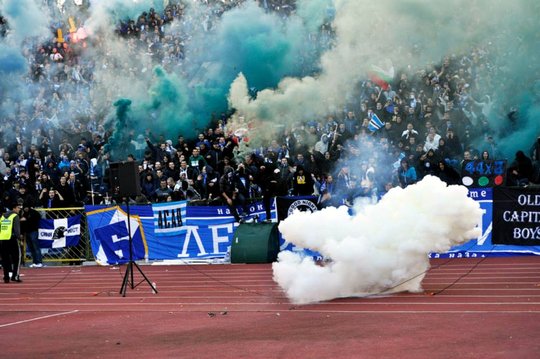 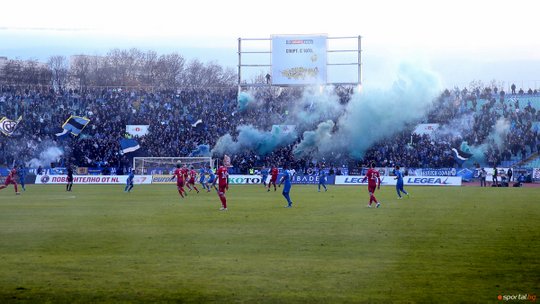 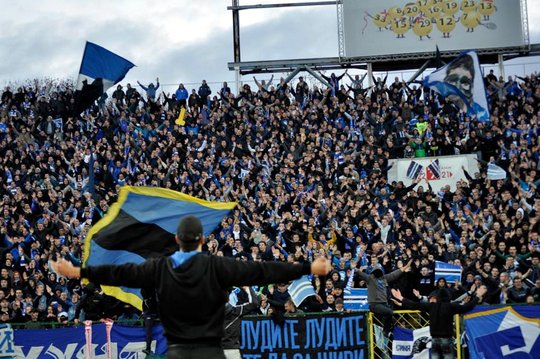 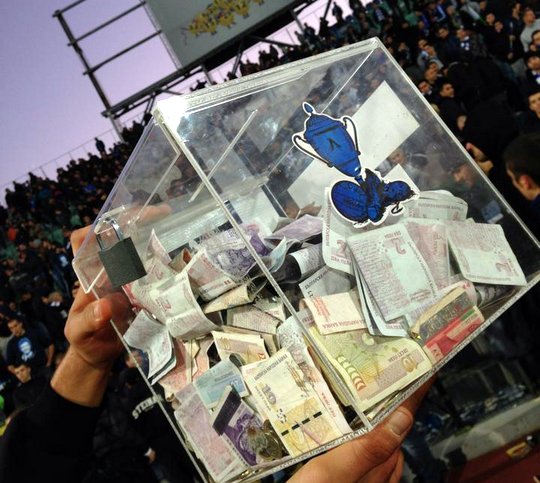 One of car with youth player of Levski crashed 3 years ago and he felt into coma. He managed to awake from it now and he fight hard with the consequences. He needed around 3000 euro for further rehabilitation. Levski supporters announced about the collection the whole week before the derby and all the money collected for choreo will be given to his family (Levski made choreo with money collecting earlier). One day before the match they had around 5000 euro (also some football players helped) and after the match they had nearly filled the money box. We all hope he'll be fine!