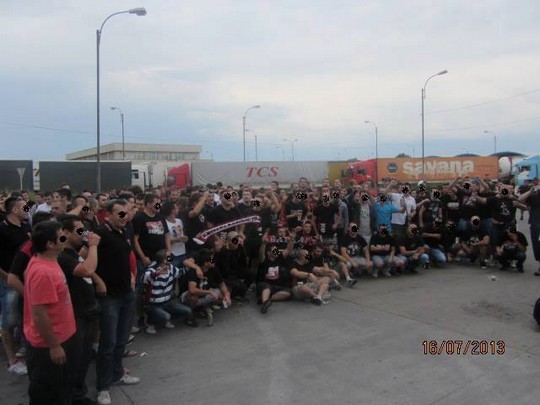 We pass through Sofia where we expected small chances of meeting Cska since they are brothers with Steaua but I guess they have bigger problems with their club and do not have time to bother with us.

We arrived in Bucurest after long drive (for us max is 4-5 hours and average is 2) and on the boarder we were handled by the police. We went through the centre and the whole town was blocked. 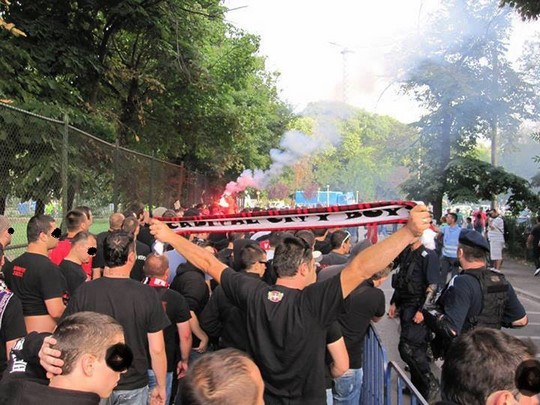 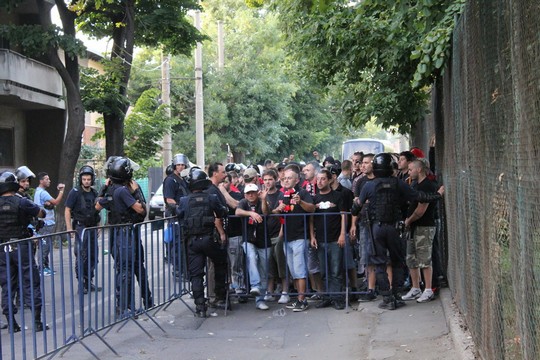 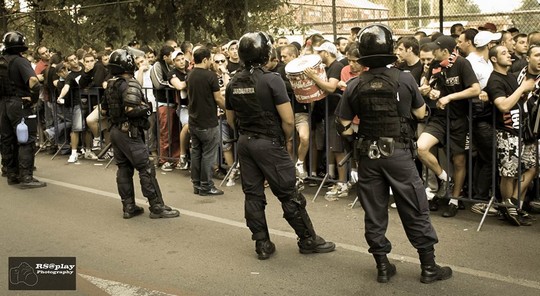 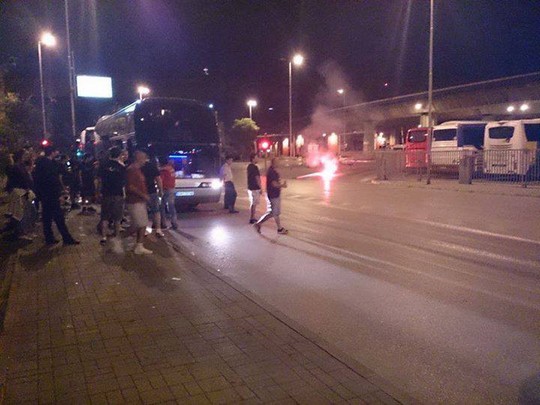 We got out of the busses near the stadium and started a corteo, lots of media that is unusual for us, and lots of cops. After we burned few flares etc we were stopped by the police to pay tickets, which we refused (we had the money but we just tried anyways smile.gif), after small fight with police 2 people were arrested and they also found flares in them so they took them to police station. Unlike our special forces i must admit romanian are really not brutal with fans.

One thing we could not understand is that they did not allow us bring in any flags, choreo or banners since there was some law in EU that says we must first announce what we bring??Anyone? 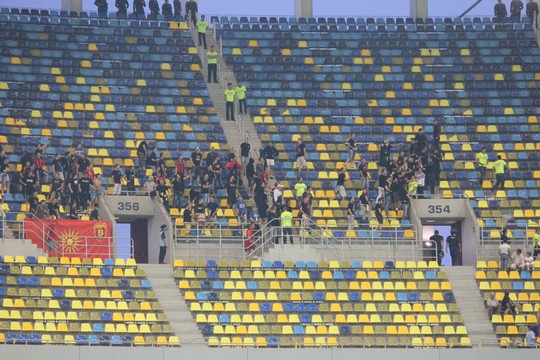 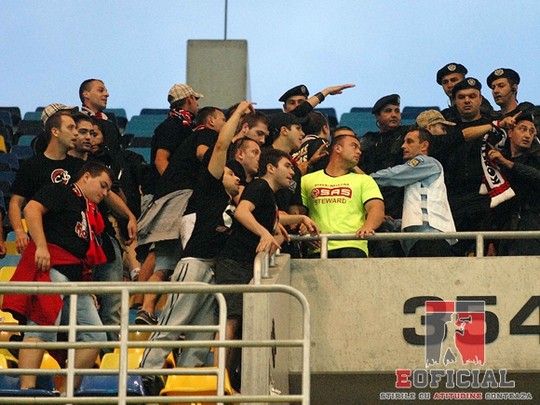 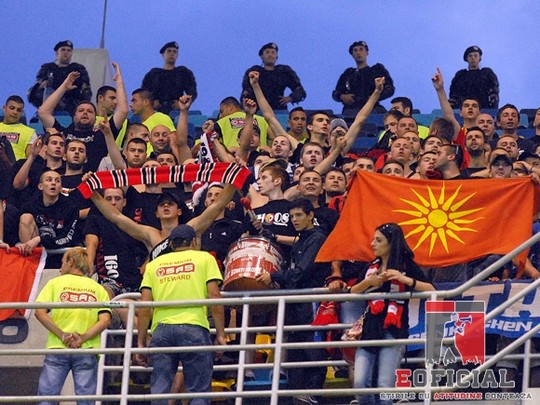 "We entered the arena (very beautiful) and some greek gays put out a flag near us behind the cops and start provoking, we go for them and they back out. Good singing from us in first half, second was bad since Vardar was losing 3-0 after 45m.

After the game police took us to the buses no attacks no nothing we left Bukurest. 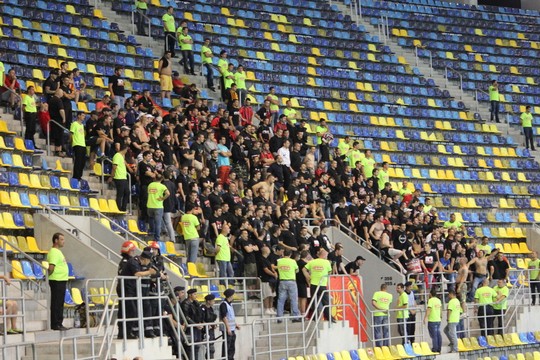 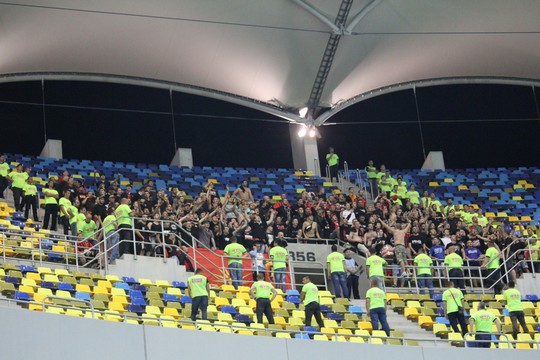 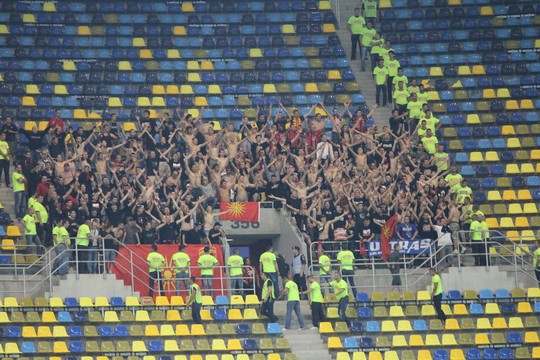 About Steaua: their kop looks fine on camera, but when a song with hands up or scarves starts you can see which one are real ultras and which not maybe 400 out of total 2000 on stand were actual ultras rest is just regular fans or maybe derby fans i do not know. 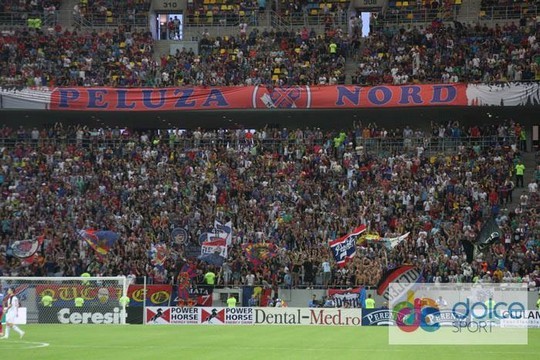 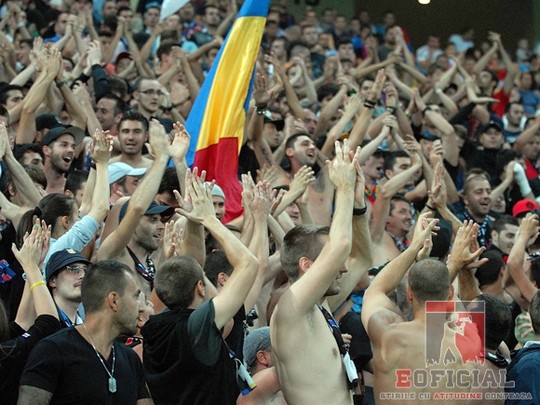 No pyro or choreo from them on this game.

They put out half of our flag taken on handball in 2006 and tear it apart. I must say that the flag was taken from our stand on a regular way, but in fight after the game when they attack our buses only we and they know who ran and who went to intense care in hospital. 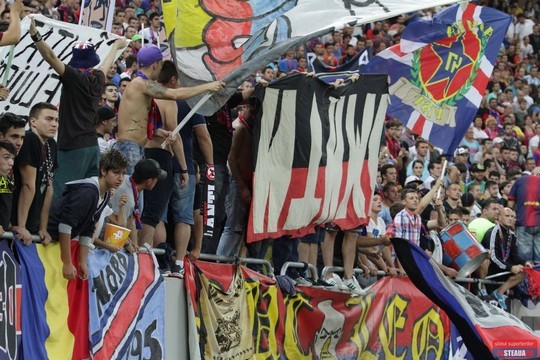 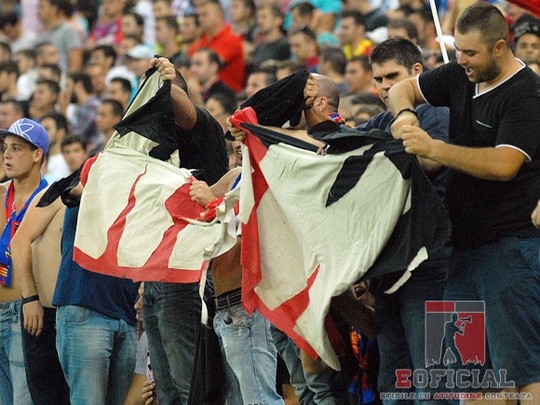 Check photos and videos from other matches in qualification for Champions and Europa league.